It turns out that consumers may not simply be indifferent to animal suffering, but may be employing "strategic ignorance."
ABSTRACT ONLY Only an abstract of this article is available.
PEER REVIEWED This article has been peer reviewed.
Summary By: Faunalytics | This is a summary of an external study | Published: May 20, 2016
Photo by Flickr user lodigs 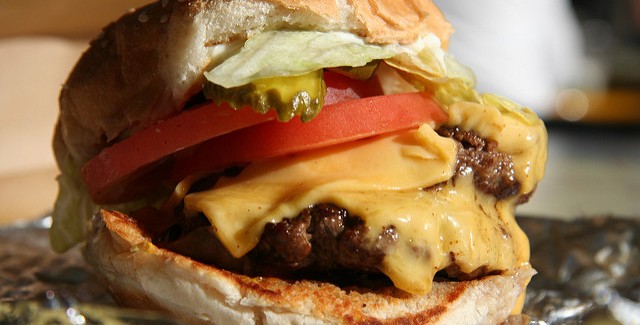 Investigations into factory farming (and other types of animal exploitation) appear to be reaching a wider audience, but vegans and vegetarians still make up only a small percent of the population in most countries. According to numbers from the United Nations’ Food and Agriculture Organization, the average person consumes 48kg (105 lbs) of meat per year, an appetite that requires the killing of more than 50 billion animals per year. As people become wealthier and factory farming spreads to less developed countries, the number of animals slaughtered for food will be even larger. So-called “meat lovers” have long been considered to be “consumers who focus on aspects like price and taste, and who are indifferent to meat-associated problems,” but is this always the case? Can individuals be aware of “meat-associated problems” but also continue to eat meat?

This study examines consumer indifference toward meat eating, focusing on two types of people: “1) consumers who do not care and, therefore, ignore the issue and 2) consumers who do care but strategically choose to ignore the issue.” According to the authors, “research often overestimates the number of indifferent consumers,” so we may be able to obtain new insights by focusing on these types of consumers. They begin by discussing cognitive dissonance and the fact that many people “love eating meat but do not like the idea that animals suffer and are killed for meat consumption, which is known as the ‘meat paradox,'” which we have covered before. Strategic ignorance differs from cognitive dissonance in the sense that it resolves the internal conflict “by choosing to avoid information or thoughts related to animal welfare conditions, which cause the discomfort. Subsequently, the individual can enjoy a steak without having any concerns.”

For animal advocates, this study shows that the motivations for eating meat may be even more complex than we think. The types of messages or advocacy that effectively reach a “struggling” consumer are unlikely to be the same for reaching a “strategically ignorant” consumer. Understanding the difference may be an important distinction in our advocacy efforts, materials, and campaigns. While reaching struggling consumers may be easier and perhaps more “cost effective,” cracking the shell of indifferent and strategically ignorant consumers also has merit. Reaching those consumers that are hardest to reach, however, will require more research and better targeting. The study of strategic ignorance is still in its infancy and this study would seem to be an important contribution to the nascent field.