The Carnism Inventory: Quantifying The Ideology Of Eating Meat

Using a two-dimensional measurement, researchers find that eating animals is just as much about taste as it is about an ideological position called carnism.
ABSTRACT ONLY Only an abstract of this article is available.
PEER REVIEWED This article has been peer reviewed.
Summary By: Faunalytics | This is a summary of an external study | Published: June 16, 2017
Photo by Flickr user barsen

Meat consumption has played a significant role in human culture for thousands of years, but it has not necessarily played a positive role. Some scholars are challenging the belief that meat consumption is a natural or even desirable part of human survival. Scholar Melanie Joy has even given this belief a name: Carnism. While some people may say that they eat animals simply because meat tastes good or because they were raised to eat meat, the theory of carnism posits that there is an underlying philosophy or ideology to meat-eating. This philosophy or ideology can be varied and complex, but carnism’s main underpinning is that meat-eating is normal and not consuming meat is abnormal. Therefore, people who defend meat-eating do so on the grounds of normalcy, as well as to counter any discomfort they might feel about eating meat.

In this study, researchers wanted to “integrate prior empirical findings” related to carnism. They argue that “carnism is comprised of two coherent and distinguishable sets of beliefs”: 1) carnistic defense, which asserts that meat eating is legitimate and animals do not suffer as a result of meat consumption, and 2) carnistic domination, which endorses the domination of animals through the meat industry. The researchers also developed a measure of carnistic belief called the “Carnism Inventory (CI),” which they tested in three separate studies. The first study tested the reliability of the CI and their hypothesis that “carnistic defense and domination are indicators of the same underlying construct.” The second study looked at the statistical validity of the CI. The third study investigated how carnism relates to other human attitudes and prejudices and “whether carnism can explain previous findings that relate eating animals with hierarchical ideologies.”

The researchers found that “the CI was negatively associated with attitudes toward animals, including support for animal rights and the belief that humans are animals that evolved from other animals.” Carnistic domination was positively associated with “hostile attribution bias” and was negatively correlated with empathy, which matched the hypothesis. Interestingly, but perhaps unsurprisingly, carnistic defense and domination were associated with ideologies that were not even related to animals, such as authoritarianism, xenophobia, and “system justification.” Both of the CI scales showed a perception of vegetarianism as a social and political threat; however, participants with higher carnistic domination scores also scored higher on measures of “hostile sexism, benevolent sexism, and symbolic racism.” In other words, if a person shows hostility and domination towards “human out-groups,” they may also show similar hostility towards animals.

This study is significant because it empirically identifies and measures carnism, as well as relates it to other ideologies in a potential profile. The authors suggest that carnistic beliefs are related to other attitudes of prejudice and social domination. They also note that additional research is needed to “understand how specific cognitive mechanisms operating in carnism relate to those present in other social attitudes.” For animal advocates, carnism offers a language with which to name and discuss the dominant system of meat-eating. 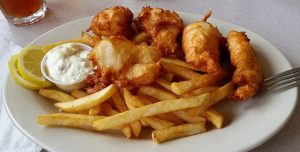 Meat-Eating And Western Culture: A Review

A thorough and nuanced look at the myriad ways that meat-eating has evolved and shaped Western culture and food value norms.