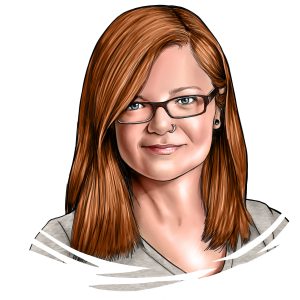 So you want to be a more effective animal advocate! This is a great place to start.

All of this information has been written and compiled with animal advocates in mind.

Consult the sections below to find what you’re looking for. If you’ve read through these advice pages and you still have a question or two, you may want to visit one of our Researchers’ online office hours (Spanish interpretation is available upon request). 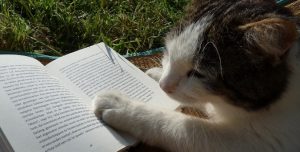 Before considering a new study, it is well worth pouring several hours into searching for research on similar topics that has already been done. Well-conducted research on something a little different from what you’re interested in will provide you with much better information than poorly-conducted research on your exact interests.  END_OF_DOCUMENT_TOKEN_TO_BE_REPLACED

Once you've honed in on your research topic and question, you'll want to design a study to test the impact as scientifically as possible. This guide will walk you through the process, with clear, step-by-step instructions.  END_OF_DOCUMENT_TOKEN_TO_BE_REPLACED

This detailed training guide is useful to anyone who is planning to conduct research in person, or online via video or audio conferencing. It covers topics such as how research differs from outreach, how to behave as a researcher, how to conduct a good interview, and more.  END_OF_DOCUMENT_TOKEN_TO_BE_REPLACED

Questions To Use In Survey Research And Experiments

When designing research, it is extremely important to choose questions wisely. It is usually better to use questions that have been used and tested previously. This library of questions and measures will help individuals and organizations design surveys with more confidence and less effort.  END_OF_DOCUMENT_TOKEN_TO_BE_REPLACED

You might think that you don't worry about analysis until your study is done, but one of the most overlooked parts of the study design process is this: It’s crucial to think about how you’re going to analyze your results before committing to a study design. Read this before you start!  END_OF_DOCUMENT_TOKEN_TO_BE_REPLACED

Doing research on behalf of animals does not mean that ethical are automatically covered. As you think about your study design, remember the following core ethical principles of research: respect for persons, concern for welfare, and justic.   END_OF_DOCUMENT_TOKEN_TO_BE_REPLACED

In this presentation funded by the Centre for Effective Altruism, our Research Director Dr. Jo Anderson will teach you everything you need to know about designing an effective survey that answers all of your questions.  END_OF_DOCUMENT_TOKEN_TO_BE_REPLACED

What is margin of error and how does it affect interpretation of results?

You’ll often see a margin of error (MOE), such as +/- 3% nineteen times out of 20, reported for a survey or poll. Remember that surveys are intended to estimate the frequency of an attitude or behavior in the population. All estimates are somewhat uncertain, and that phrase gives you an idea of how much uncertainty there is. The MOE for an entire survey tells you the widest range of possible values you’ll see for any estimate in the entire survey. For statistical reasons, that widest range occurs in the middle of the probabilities, at 50%. So if a survey finds that 50% of people have cats and the survey has an overall MOE of 2.2%, the percentage of the population who live with cats is 50% +/- 2.2%. But even on the same survey, that range will be smaller for estimates that are closer to 0 or 100 — for example, like the rate of veganism in a population.

Calculators like this one are useful for understanding how margin of error relates to sample size and particular estimates. As an example, consider Faunalytics’ 2019 study of people who donate to animal causes. Using the second calculator on the linked page, you can enter our sample size (1,036) and find the same MOE we reported. Leave the confidence level at 95% (the standard), leave population blank (because for a population as large as a country, population is treated as infinite and doesn’t need to be specified), and leave the percentage at 50% (because, as noted above, the widest range falls in the middle of the probabilities). You’ll get a result of 3.04%. That means that any estimates in our survey that fall close to 50% (e.g., 54% of animal donors are married) will be accurate to about +/- 3%.

However, the specific (rather than survey-wide) MOE for something like the proportion of veg*ns is a lot smaller. This study estimates that about 5.7% of animal donors are vegan or vegetarian (veg*n), and the MOE is just +/- 1.4%, so we can be confident that the percentage in the full population is in the range of 4.3% – 7.1%.

MOE is important to bear in mind when you compare one survey to another. it’s been widely reported that veganism “grew 600%” between 2014 and 2017 in the U.S., thanks to this report. Unfortunately, that interpretation of the data is problematic even if both surveys were identical (which is a requirement because even small changes in questions about diet can lead to very different estimates). Assuming they surveyed the standard number of people (~1000), each survey would have a MOE of +/- 3.1%, which means 2014’s estimate is 0.4% – 1.6% and 2017’s is 4.5% – 7.5%. This is still good even if it’s 1.6% up to 4.5%, but not as good or simple as saying 600% growth. The best way to report year-to-year data is with a graph that shows margins of error–while also being transparent about the exact questions used and method of data collection, rather than placing those crucial details behind a paywall.

How many participants do I need for my study?

It depends on what type of study you want to run: you might need only 40 or 50 for qualitative research, or more than 1,000 for a well-done survey. Please see the section on designing a study.

How much does it cost to conduct a survey or randomized controlled trial (RCT) or focus group?

It depends on how you run your study, but a nationally representative survey or RCT might cost between $5,000 and $10,000, depending on how much support you need. Focus groups don’t require as many participants but each person is paid a lot more: Whereas someone might get $2 for a 10-minute survey, focus groups can cost $75 per person per hour or more.

Can Faunalytics help me evaluate my program or intervention?

Faunalytics has moved toward a research model focused on original studies that benefit a wide range of advocates and groups rather than individual partners. Although we occasionally consider advising small groups on their research plans, we strongly encourage you to take advantage of the resources on this page first.

If you’ve done that and you still have a quick question, visiting our Ask a Researcher office hour may be the right option for you.

How can I be effective as an individual?

Here are some links to resources you can read:

You can also get involved with data collection efforts through citizen science. Follow the link for examples!

You can also donate money or time to effective organizations like Faunalytics. We often have research or writing tasks that don’t require any specialized training. If you’re interested, consider donating or volunteering with us!

Where else can I go for advice or help?

Statistics Without Borders is a volunteer Outreach Group of the American Statistical Association (ASA) that provides pro bono services in statistics and data science to not-for-profit organizations. Whether you just need help with analysis or would like substantive help with designing and running your study as well, they may be able to assist. Either way, we recommend approaching them during the design stage of your project so that they can review the design for feasibility and value of analysis. You can fill out the form on their website or directly email Gary Shapiro, [email protected], to obtain their help.

Alternatively, many data collection companies like YouGov, Ipsos, Toluna, and Research Now offer survey programming and data analysis in addition to finding participants for you. You may want to contact them for a quote. They sometimes offer non-profit discounts as well.

If you have a general question that may be of interest to many advocates, please email it to [email protected] and reference this FAQ.

The documents for this project were originally developed by Jon Bockman, Allison Smith, Greg Boese, and Toni Adleberg of Animal Charity Evaluators and Kathryn Asher of Faunalytics. They have since been revised, updated, and expanded by Jo Anderson of Faunalytics.

To Cite This Page: