There is still a long way to go in informing the public about the climate impacts of eating meat. Advocates will play a crucial role in this process.
ABSTRACT ONLY Only an abstract of this article is available.
PEER REVIEWED This article has been peer reviewed.
Summary By: karol orzechowski | This is a summary of an external study | Published: January 27, 2016
Photo by Flickr user oxfam 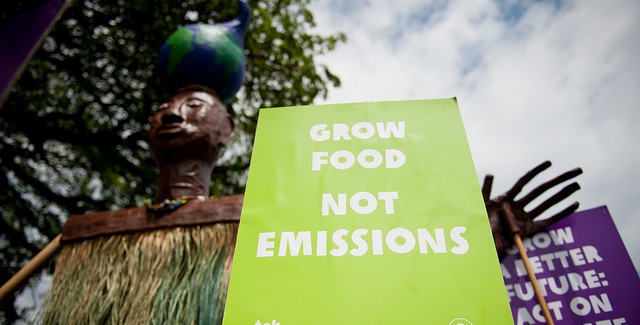 Meat eating is a highly charged, complex issue that involves a unique intersection of a range of ethical, nutritional, and environmental aspects. There is growing acknowledgment that consuming meat is a devastating practice for the environment (not to mention animals), but that hasn’t translated to substantially more people adopting a plant-based diet. In the United Kingdom (UK), 56% of men and 32% of women eat more than the recommended maximum intake of red meat, and only a third of respondents in another survey say they would be willing to consider reducing their meat consumption. There is clearly resistance to eating less meat, but why?

The purpose of this study was to “explore in depth public views and perceptions of the environmental impact of food.” This includes evaluating whether people are even aware of the link between climate change and meat and gauging public opinion regarding willingness to “eat less meat as part of a more sustainable diet.” The researchers conducted twelve focus groups with a total of 83 participants, to try to better understand these dynamics. The focus groups involved in-depth discussion and conversation and the researchers observed the responses until they reached a saturation point where participant comments were merely reiterating previous comments.

Throughout their conversations, the researchers found there was “a lack of awareness of the association between meat consumption and climate change.” Even when the focus group moderators presented participants with the concept, there was “a general resistance to the idea of reducing meat consumption.” The researchers found that meat plays a “significant and important place in the diet of many people, and is associated with pleasure as well as various personal and social values.” While they note that the reluctance to reduce meat was “not unexpected,” it is surely disappointing. The researchers note that “public perceptions and the acceptability of eating less meat is missing from global scientific and political debates on sustainable diets.”

The authors also highlight other interesting contradictions. In a separate survey of students in the United States, less than 10% of people associated meat with climate change. In an Australian study, 22% of people believed eating meat would actually be good for the environment while 90% felt that reducing food packaging would be just as beneficial. In the main UK study described here, some people were reluctant to change their eating habits because they were “sceptical of the scientific evidence and disengaged as they viewed dietary advice was constantly changing,” which is likely exacerbated by media reports that are constantly changing.

For farmed animal advocates, the results of the study should be motivating rather than discouraging. Convincing people to stop eating meat for environmental reasons perhaps needs acknowledge that it means changing deeply held values and beliefs. “Integrating social dimensions of dietary habits with the objective health, environmental and economic goals,” say researchers, “provides an opportunity to develop more realistic policy interventions that reflect the complex, subjective lived experiences of individuals and society.” 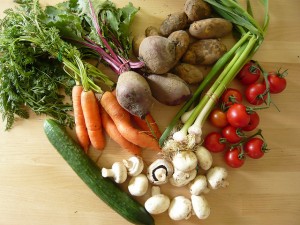 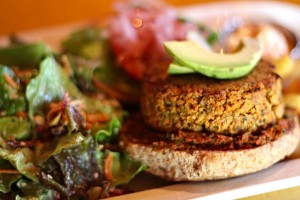 Cutting carbon emissions needs to include a focus on changing diets. People are increasingly waking up to that necessity.