Cutting carbon emissions needs to include a focus on changing diets. People are increasingly waking up to that necessity.
ABSTRACT ONLY Only an abstract of this article is available.
PEER REVIEWED This article has been peer reviewed.
Summary By: karol orzechowski | This is a summary of an external study | Published: February 7, 2016
Photo by Flickr user sweetonveg 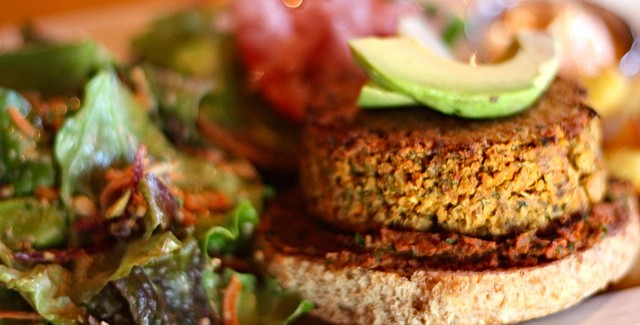 More and more, experts and policymakers are coming to a consensus that climate change is a potentially catastrophic problem and that we need to try to transition from our current way of life to a “low-carbon society.” To that end, many researchers have remarked that some “extremely valuable” gains could be made through “changes in the Western diet.” By some estimates, a global transition to a low-meat diet could reduce the costs of climate change mitigation by as much as 50%. Still, this transition may not be easy, especially in countries such as the United States where per capita meat consumption (118kg) is close to triple that of the global average (42kg).

This study looked at how “consumers evaluate different food-related and energy-related mitigation options,” how much those same consumers would be willing to adopt the most effective options, and the relationship between “willingness and strategically relevant factors.” The study was based on consumer surveys in the Netherlands and the U.S., two countries with a range of similarities and some subtle differences. The study sought to compare how consumers view these different food-energy options and hopefully bridge the divide between what changes consumers are most willing to make and those that are most effective.

The surveys found that, among a range of options, consumers tended to prefer localized action that they could undertake themselves, with “save energy at home” scoring as the highest option in both samples taken. The researchers note that “energy-related options scored higher than food related options” and within the food options, eating local was the highest ranked. In the U.S., “eating less meat” was seen as the least effective option. In the end, only 12% of Dutch respondents and 6% of U.S. respondents recognized that eating meat was the most effective option available, of those listed in the survey.

There are more insights included in the full study, but these findings and what they imply for animal advocacy are extremely important. The authors note, emphatically, that “the transition to a low-carbon society requires a special focus on food-related options in order to make consumers more aware of the most effective options and to increase their motivation for diet changes.” The authors here speculate that the low awareness of the effectiveness of eating less meat to help the climate is perhaps because “policy-makers in government, industry, and even environmental NGOs are often reluctant to inform consumers on this option.” Further to this, the authors note that there was a correlation between how much people actually believe in humans causing climate change and their willingness to recognize the effectiveness of any options.

These types of studies are crucial because they help bridge the gap of understanding between what advocates know is most effective and what people are actually willing to do. This information is important both for animal advocacy and to help with a transition to a low-carbon society. Making sure that consumers are aware of how much their different actions help (or hinder) future climate changes should be a part of our advocacy in addition to raising awareness about ethical and health issues.

de Boer, J., de Witt, A., & Aiking, H. (2015). Help the Climate, Change Your Diet: A Cross-Sectional Study On How to Involve Consumers In A Transition To A Low-Carbon Society. Appetite, In Press. 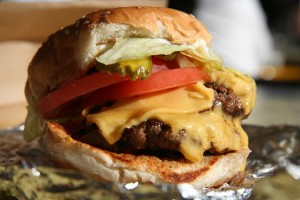 Health-Motivated Taxes On Meat – A Necessity For A Healthier Society?

Scientists find that optimal taxes on processed and red meat could lead to significant reductions in associated deaths and health-related costs to society.