Addressing global warming through diet change can be an effective strategy, but governments need to take a lead.
FULL TEXT The full text of this article is available.
Summary By: karol orzechowski | This is a summary of an external study | Published: January 10, 2016
Photo by Flickr user wordridden 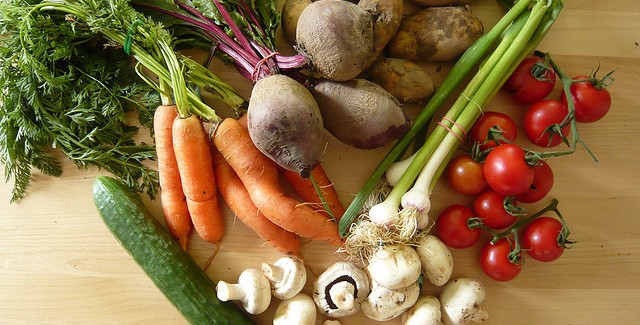 On a global level, demand for animal-based protein is growing. According to a new report from the Chatham House, worldwide consumption of meat is forecast to rise by 76% by mid-century. They say there is a “protein transition” happening in the developing world, and despite veg*n and “eco” diets becoming more mainstream in the West, population growth and demand for animal products in the rest of the world is having the opposite impact. Additionally, and even in Western countries, people tend to consume about twice as much protein as is deemed healthy; in the United States, “the multiple is nearly three times.” Many animal and environmental advocates already know that this is unsustainable.

This report, published in advance of the United Nations conference on climate change in Paris in December 2015, notes that there are still significant gaps in global emissions targets and what can actually be achieved, and that “governments need credible strategies to close the gap.” According to Chatham House, reducing meat consumption is an “obvious strategy,” and the “worldwide adoption of a healthy diet” would generate more than 25% of the emissions reductions needed by 2050.

This is not the first time the UN has looked at diet and emissions. The (in)famous “Livestock’s Long Shadow” report was an initial warning on the issue. Even if governments (or in some cases, environmental NGOs) want to act, however, they are largely trapped in a “cycle of inertia: they fear the repercussions of intervention, while low public awareness means they feel no pressure to intervene.” This report is meant to challenge the conventional wisdom that these obstacles are insurmountable. Drawing on original research, “including an innovative survey of public attitudes in 12 countries and extensive focus groups and stakeholder consultations in Brazil, China, the United Kingdom and the United States,” the authors looked at how the inertia can be broken.

First and foremost, the authors found that governments must take a lead, as they’re the only entities with the necessary resources and capacity to change the system and allow alternatives to meat consumption to be commercially viable. They note that market-based solutions are failing to address climate change, and businesses are not taking enough of a lead, with a few exceptions. They likewise note that the risk of public backlash is overestimated, and that since public is still generally unaware of the link between climate and diet, the messages that nudge people in the right direction need to be simple. “Publics respond best to simple messages. Efforts must be made to develop meaningful, accessible and impactful messaging around the need for dietary change.” The authors also note that, since emissions vary by species of animal, an overall reduction in meat consumption should start with a reduction in animal products from cows, sheep and goats, but without increasing consumption elsewhere.

An interesting aspect of the article for animal advocates is the note that “trusted sources are key to raising awareness,” but this may not always mean governments. The authors note that experts and mainstream media outlets still hold the most attention and influence and need to be employed in a strategic way. Also of interest for animal advocates is the assertion that governments in particular will need to employ “interventions to change the relative prices of foods are likely to be among the most effective in changing consumption patterns.” In other words, removing direct or indirect subsidies and instead subsidizing plant-based alternatives could help to turn the tide. For animal advocates, this report should offer a renewed call to address meat eating and climate change, and perhaps to focus on encouraging government interventions. 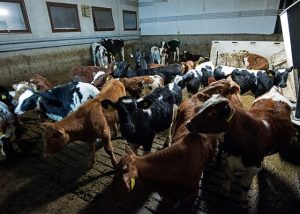 Factory farming is on the rise in developing countries around the world. This review looks at the current impacts and mitigation of future ones. 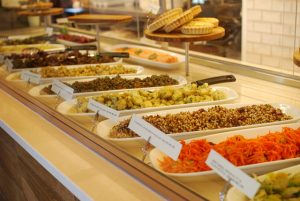 A "realistic" worldwide shift away from meat consumption would mean a "food gap" reduction of 20%, according to this study.