Consumers need to be made more aware of the environmental impacts of meat eating, so that they know better and might do better.
ABSTRACT ONLY Only an abstract of this article is available.
PEER REVIEWED This article has been peer reviewed.
Summary By: Jen Wyglinski | This is a summary of an external study | Published: April 15, 2016
Photo by Flickr user dollen 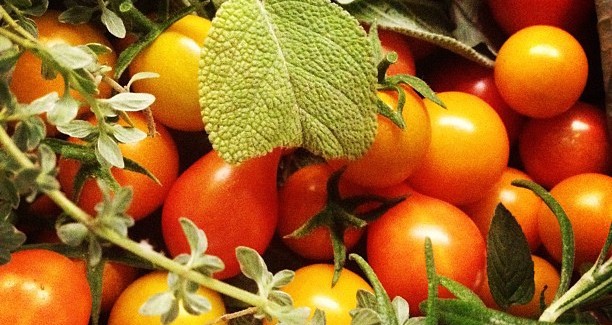 While it is well known among the scientific community that modern meat production contributes to a host of environmental problems—including climate change, deforestation, and loss of biodiversity—public awareness of the connection between meat production and environmental degradation has yet to catch up. Recent studies have found that consumers in the UK as well as the US and Netherlands both lack awareness of the association between meat and climate change and are resistant to lowering meat intake to mitigate climate change.

This survey, published in Appetite, investigated the environmental consciousness of meat production and support to take action among consumers in Finland. Based on mail surveys of 1,890 respondents, the authors found that Finns have a “moderate level” of consciousness on the subject, as 47% of respondents gave neutral responses to statements on the impact of meat production on the environment, 35.7% agreed, and 17.3% disagreed. Additionally, 55.6% of respondents indicated that they believed they could make a difference with their food choices, and respondents were most willing to take action by buying local meat (53.2% in support), followed by buying organic meat (35.1%), reducing meat intake (25.5%), and supporting technological development to make meat production more efficient (16.1%).

The authors also divided respondents into different consumer groups based on their environmental consciousness and willingness to take action. Not surprisingly, they found that highly conscious consumers were most likely to support meat reduction, while resistant consumers were strongly against it, and consumers in the middle of the spectrum had mostly neutral attitudes towards it.

This study confirms findings from others indicating that many consumers are simply not aware of the adverse impacts of meat production on the environment. Accordingly, the authors recommend that government and other stakeholders—presumably animal protection and environmental advocates—provide information to the public on the topic. They also note that stakeholders should provide “more practical policies” and information for highly conscious consumers who have indicated that they are willing to reduce meat intake but may not have the appropriate knowledge and tools needed to do so.