Meat and Evolution: Is Meat-Eating Natural?

"Meat traditions" may have been a part of human evolution for millennia, but does that mean that we should keep eating meat?
ABSTRACT ONLY Only an abstract of this article is available.
PEER REVIEWED This article has been peer reviewed.
Summary By: karol orzechowski | This is a summary of an external study | Published: August 26, 2015
Photo by Flickr user dopey 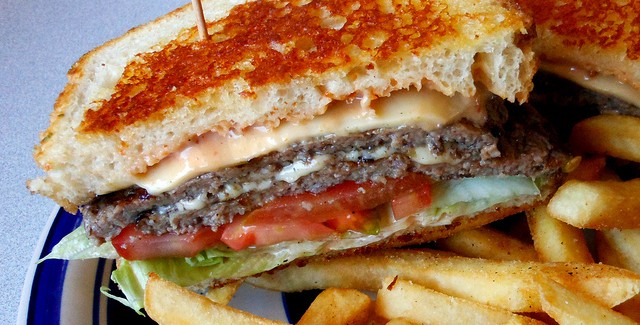 Every vegan and vegetarian has probably heard this old chestnut before: humans are “natural carnivores” and we have “evolved” to be meat-eaters. It’s the kind of conversation that seems to come up most often at the dinner table, instigated by a confrontational or defensive family member or friend, and the discussion never seems to reach a reasonable conclusion. While there is no doubt that the consumption of meat has been “rich in social and cultural meaning” over the course of many millennia, the way that humans produce and consume meat has changed drastically over the last several centuries. Most animal advocates would agree that the questionable “evolution” humans have made towards eating meat, is now outweighed by the development of ethics and understanding of sentience in other animals.

This study looks at human history from a zoomed-out perspective, trying to comprehend the so-called “natural” aspects of eating meat, with the aim of understanding how humans will deal with impending problems of sustainability related to industrial meat production. It should be noted up-front that this paper is staunchly pro-meat, and should be read as inherently biased. The authors state that there are numerous levels at which meat has played a role in human activity, such as its cultural and religious implications and ethics, its use in social differentiation and hierarchy, its nutritional significance, and much more. The researchers employ Maslow’s “hierarchy of needs” to claim that in the Paleolithic era, meat had an “indispensable physiological meaning and dietary relevance” to early humans, and “fulfilled basic needs.” Now, however, when lifestyles and food production have changed drastically, the authors note that consuming meat may not still have a “biological urgency today.”

The authors claim that there could have been evolutionary benefits to eating meat for early humans that still reverberate and manifest as “meat hunger” in the present era. However, they note that meat cravings, and food cravings in general, are a complex phenomenon that come from a complicated mix of “cognitive, conditioning, and emotional processes,” that can’t be simply boiled down to some kind of biological / evolutionary drive. Indeed, the authors say that dietary choices (and preferences) may be “overruled by socio-cultural factors” and note that some studies have directly challenged the idea that meat cravings are biologically ingrained in us. The consensus seems to be that eating meat may have had biological importance at some point, but that it’s more of a cultural phenomenon. Humans gravitate towards meat because of tradition, and socio-cultural pressure, as opposed to some bio-drive. In other words, “meat hunger” is likely based on cultural conditioning and the need to reinforce group politics; this makes it malleable over time, not a fixed issue.

No matter what meat has signified for humans in the past, we have come into a new era of intensive and unsustainable meat production, with all of the welfare, environmental, and social problems that go along with it. Though it may be an interesting thought experiment, the question of whether or not meat eating is “natural” is, at best, a moot point and, at worst, an ethical dodge. This article is useful for advocates in the sense that it allows us to sharpen our minds and become familiar with the common arguments in favor of “natural” meat eating. Indeed, though we may disagree with many of the ideas in this study, it offers a fascinating glimpse into the diverse and often contradictory ways that people will try to justify tradition. If we want to anticipate and address our critics, whether at the dinner table, out leafletting, or in other contexts, familiarizing ourselves with the counterarguments is crucial.