A month-long experiment in veganism reveals some interesting strengths (and potential limitations) of a "vegan challenge" approach.
ABSTRACT ONLY Only an abstract of this article is available.
Summary By: Faunalytics | This is a summary of an external study | Published: June 22, 2016
Photo by Flickr user djandywdotcom 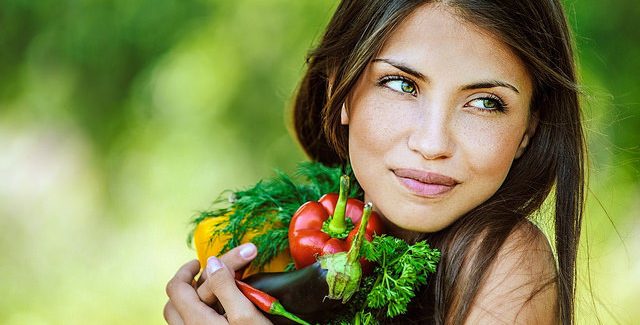 Veganuary is a yearly campaign that aims to encourage people to try eating vegan for the month of January. The campaign seeks to enable people to maintain a vegan diet during the entire month, with the hopes of showing participants that the diet can be healthy, enjoyable, and sustainable for the long-term. Although the campaign is focused on diet, Veganuary is also interested in other animal-related choices and their website provides ethical, environmental, health, and nutritional reasons for becoming vegan. The folks at Veganuary are also very interested in evaluation and they worked with Faunalytics to understand the impact of their 2016 campaign. So, how effective is Veganuary at creating vegans and saving animals?

23,000 people officially registered to participate in Veganuary and about 5,200 responded to the follow-up survey. About a fifth of those survey respondents were already vegan prior to Veganuary. Among all respondents, about half (51%) maintained a vegan diet during the month of January 2016. Specifically, 43% of those who were omnivores before Veganuary maintained a vegan diet during January, while 44% of pescetarians and 53% of vegetarians did the same. Another 16-17% of omnivores and pescetarians maintained a vegetarian diet during the month. Overall, about half of responding participants (53%) made some sort of positive change. Very interestingly, most of those who made changes during the month of January also continued those changes through the first week of February and 81% of respondents said they were planning to continue with these changes in the future.

When we attempt to translate the behavior change observed during the month of January, we estimate that the Veganuary campaign saved nearly 24,000 animals. The diet change that was maintained during the first week of February contributed another 5,700 lives saved. There are a number of limitations to this analysis. Due to issues with nonresponse bias, social desirability bias, and other concerns, one should be very cautious with extrapolating these results out to the future. That said, if we assume those who responded to the follow-up survey are representative of all Veganuary participants, and if we assume further that 16% of those people maintain their dietary changes for their lifetimes, then the 2016 campaign would have spared an additional 3.8 million animal lives.

As noted, any estimate of the number of lives saved from not eating animal products is subject to limitations. The estimates for Veganuary are no different. For instance, the study assumes that everyone who ate meat before the study was an “average” omnivore in terms of their consumption. We simplified the analysis in ways such as not including fish bycatch or the impact on lives saved from avoiding eggs and dairy, which may mean that the estimates are conservative. Finally, we estimated the number of animal lives spared “based on the transitions that participants made from pre-Veganuary to the month of January.” Each step involved assumptions and resulting limitations on the estimates.

Based on the results, Faunalytics offered some preliminary conclusions. We found that Veganuary mostly appeals to women, with nearly nine of every ten participants identifying as female. About 20% of participants were already vegan prior to Veganuary, but in the open-ended comments, the researchers found that the exercise was still valuable as a support mechanism, especially for people who had recently become vegan. More than a third of the participants say that “they ate an entirely vegan diet for at least the week following Veganuary.” Breaking this down, they note that “more than half of these people were already vegetarian, but about a fourth were pescetarian and 13% were omnivores,” which is a “strong” conversion rate even though it is only for the first week following Veganuary. Follow-up research, which is planned, will provide a better sense of the project’s long-term impact.