Public Opinion On Eating Habits In The U.S.

U.S. adults are increasingly concerned about the health impacts of food with younger, more liberal individuals choosing veg/vegan diets.
FULL TEXT The full text of this article is available.
Summary By: Faunalytics | This is a summary of an external study | Published: February 20, 2017
Photo by Flickr user jenosaur 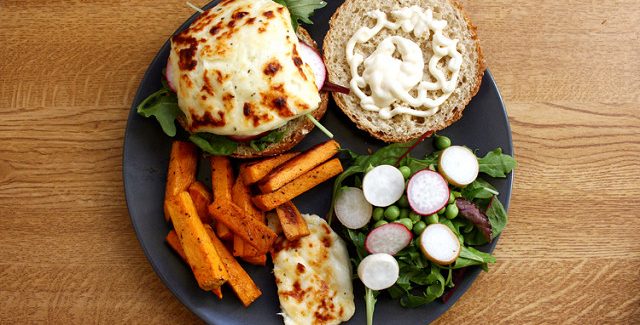 Over the past two decades, the U.S. food scene has changed considerably. Debates over food sources, proper diets and nutrition, food allergies, and food research have extended beyond the scientific community to members of the general public. The Pew Research Center recently conducted a survey investigating public opinions about food and food science. The survey focused primarily on perceptions regarding genetically modified foods but also touched on topics including healthy eating, food allergies, and vegetarian and vegan diets. Results were published in The New Food Fights: U.S. Public Divides Over Food Science, available for free online.

The summary below reports specifically on chapter 1 of the report, “Public views about Americans’ eating habits,” which contains many findings that may be useful for advocates. Findings include the following:

This chapter includes several takeaways for advocates regarding vegetarian and vegan diet trends, perceptions on healthy eating, and the validity of scientific research related to food. Notably, it provides up-to-date information on the demographics of people who eat mostly or totally vegetarian and vegan diets in the United States. It also highlights the intersection of vegetarian/vegan diets and food allergies, indicating that outreach materials should spotlight this topic. The article also highlights the importance of social patterns in making dietary decisions, indicating that advocacy efforts might be more effective on people who have friends and family that follow vegetarian and vegan diets. Moreover, advocates should focus on providing social support to people who have fewer vegetarian and vegan friends. In regards to healthy food, advocates might consider targeting people who are not currently focused on healthy eating, as many are aware of and dissatisfied with their current diets. Lastly, advocates who produce or report on research about food should consider the level of scientific knowledge of their audiences and be explicit about the nature of changing information, noting that change indicates progress.