Swiss consumers generally understand the climate impact of different food types, but they (incorrectly) think chicken is comparable to tofu.
ABSTRACT ONLY Only an abstract of this article is available.
PEER REVIEWED This article has been peer reviewed.
Summary By: Faunalytics | This is a summary of an external study | Published: January 30, 2017
Photo by Flick user calliope 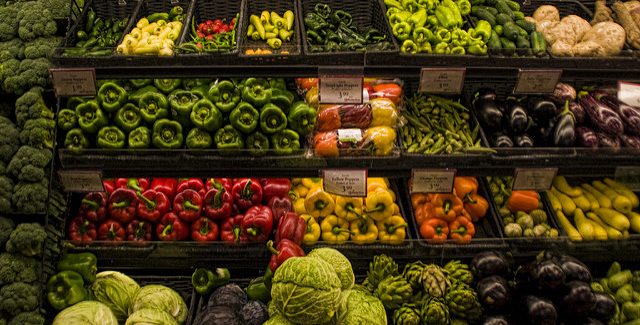 In an effort to mitigate climate change, consumers are increasingly seeking to make changes in their diets by selecting foods that are more sustainable and have less harmful effects on the environment. However, many consumers lack sufficient knowledge about the climate impact of different foods, as people often base food buying decisions on limited, biased, and irrelevant criteria. This study, published in Journal of Cleaner Production, seeks to investigate how consumers perceive the climate impact of various food products and which criteria they use to estimate it.

The authors conducted a series of five experiments evaluating the influence of meat type, protein-rich vegetarian products compared to meat, country of origin, transportation mode, and seasonality. In all experiments, participants were recruited online in Switzerland and asked to rate products according to their impact on the climate, on a scale of 0 to 100.

In experiment three, participants rated the climate impact of six protein-rich products: beef, chicken, hard cheese, tofu, egg, and lentils. Results showed that beef was perceived to have a significantly higher climate impact than all of the other products. Chicken was rated as having the next highest impact, but was only significantly different from the lowest-rated product, eggs. No significant differences were found among the other products. Importantly, given its implications for animal suffering, the authors note that the participants underestimated the climate impact of both chicken and hard cheese.

In experiments four and five, participants rated the climate impact of asparagus and peppers with varying origins and harvest dates. Results again show that respondents believe that local products are less climate impact and that vegetables transported by airplane were correctly perceived to have a larger impact than those transported by ship. Participants also believe that peppers grown in February have significantly larger climate impact than peppers grown in August. The authors note that the participants failed to recognize that seasonality can be even more important than country of origin, as products grown locally in a greenhouse in the winter may result in more greenhouse gas emissions than those grown and transported from a warm location.

In conclusion, the authors state that their results “indicated that participants were generally able to order food products based on their climate impact but failed to correctly identify the relative impacts of the respective products.” They also found several possible misconceptions, including participants underestimating the climate impact of beef and hard cheese as well as organic and local products, overestimating the impact of country of origin, and not considering seasonality. They speculate that participants may have based their perceptions on “directly visible factors” such as transportation distance instead of lesser-known information, such as greenhouse heating costs.

For advocates seeking to educate people on the climate impact of various types of food, the paper identifies potential consumer knowledge gaps, particularly in regards to the impact of beef. However, these participants also seem to underestimate the climate impact of chicken products, and vegan advocates will note that the participants incorrectly rated the impact of hard cheese. To more effectively communicate with consumers, the authors recommend that advocates use “simple, direct, and visual descriptions of climate impacts of food products,” emphasize lesser-known facts, and use reference information by directly comparing products to each other.