The Oklahoma Animal Study is devoted to improving the welfare for animals in every sector. Can it become a model for other states or regions?
FULL TEXT The full text of this article is available.
Summary By: Faunalytics | This is a summary of an external study | Published: August 3, 2016
Photo by Flickr user petercastleton 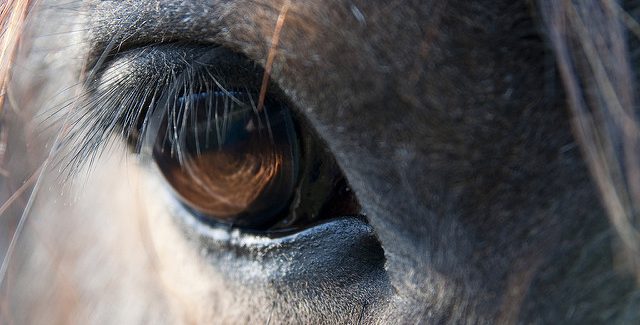 Concern for animal welfare seems to be increasing. One piece of evidence is the introduction of relatively comprehensive animal welfare policies. Recent studies have examined a “model animal welfare act” as well as specific measures to protect chickens and cows raised for meat. Researchers are looking at enacting better policies for protecting animals, as well as existing policies are working in practice, nationally or regionally. For example, in the U.S. state of Oklahoma, groups like the Kirkpatrick Foundation are investing in animal welfare. This includes starting long-term plans like the 20-year “Safe & Humane” initiative, the goal for which is “to make Oklahoma the safest and most humane place to be an animal by the year 2032.”

How can they achieve such high-level goals for an entire state? As a nonprofit, they need to make governments, businesses, organizations, and individuals understand the merits of animal welfare. To assess the current situation, the Safe & Humane campaign conducted the Oklahoma Animal Study, an “early and essential” first step. Between 2013 and 2015, the Kirkpatrick Foundation conducted 114 interviews with a variety of stakeholders. These included “scientists, veterinarians, food-industry specialists, experts in the fields of animal behavior and well-being, animal-welfare advocates, and individuals from animal-protection organization.” They also reviewed shelter surveys, scientific articles, and other existing literature. With the study, they sought to address three goals: “Explore the laws that affect Oklahoma animals at the municipal, state, and federal levels; Better understand the population, uses, and care of various animals in the state; Identify animal welfare issues of concern in the state.”

The Oklahoma Animal Study authors make 12 major recommendations to improve the state of the state for animals. First and foremost, the authors suggest that Oklahoma needs to “update and enforce” its current animal laws. This would include repealing the pound-seizure law, prohibiting keeping dangerous wild animals, licensing and inspection of municipal and county shelters, and much more. They also recommend measures to help animal shelters function and maintain a minimum level of care, especially rural shelters. The authors argue against the spread of CAFOs (factory farms) and provide a number of other far-ranging recommendations:

The study is intentionally quite broad and the authors are comprehensive in their thinking about animal protection. Many of the topics are specific to Oklahoma, but also have relevance to other US states and countries. You can read the full report at the Safe & Humane website here.

How can this study inform advocates in Oklahoma, and beyond? As the authors note, if we want to understand the state of animal welfare in Oklahoma or any state, we have to “understand the nature and conditions of the people, their culture, and the land that is home to these animals.” Here, the Kirkpatrick Foundation has outlined a plan that includes pretty much every sector of animal use, with special attention to Oklahoma and the animals most likely to suffer in that state. The study recommendations may not be applicable to animals in every context, but its approach and goal to create a comprehensive policy for all animals is inspiring.