Canadian laws on animal cruelty haven't been significantly amended for many years because of a political tug of war that happens subtly and behind the headlines.
ABSTRACT ONLY Only an abstract of this article is available.
PEER REVIEWED This article has been peer reviewed.
Summary By: karol orzechowski | This is a summary of an external study | Published: August 12, 2015
Photo by Flickr user kelmon 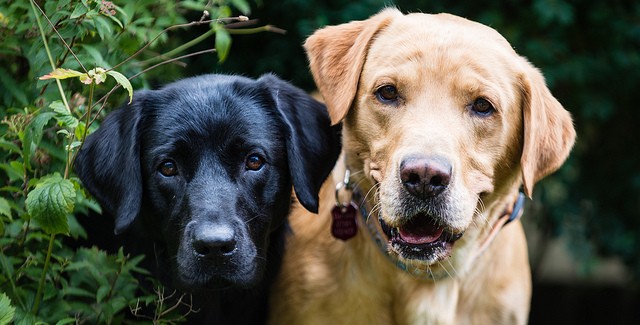 The creation, promotion, and push for new or improved animal cruelty laws is a complicated political process. In many countries there are industry lobbyists, animal advocacy groups, political parties, and individual politicians all vying for their own agendas. Sometimes it is only when catalyzing events occur to push issues into mainstream consciousness that legislative change is triggered. This article, published in Society & Animals, looks at this process, focusing on Canada.

Canada has had its own series of gruesome incidences of animal abuse over recent years, such as the so-called “Toronto cat skinning case,” a man in New Brunswick who beat his dogs to death with a hammer, and a person who dragged a border collie behind a car in Alberta. These cases, while horrific and garnering much media attention, did not translate into meaningful change for animals in terms of legislation. Indeed, as researchers note, “animals in Canada are arguably less safe than in Ukraine or the Philippines, both of which have stronger legislation in place to protect animals.” While some changes were made to Canada’s Criminal Code in 2008 to increase potential punishment for abusers, the amendments have failed to protect animals in a variety of ways and loopholes in the law abound. The vague definition of “animal” and application only to those animals “kept for a lawful purpose,” means that wild animals and strays are not protected. In addition, animal fighting is virtually not covered at all, with breeding, training, and profiting from animal fighting still legal across the country.

In a review of parliamentary debates from 1999-2015, the researchers of this study examined how resistance to amendments that would improve laws for animals were “articulated and rationalized,” and also studied the grounds that “proponents used to argue in favor of amending the anti-cruelty provisions.” In their analysis, the majority of the bills put forward were designed to amend the Criminal Code by consolidating animal cruelty offences into one section and introducing new offences for brutally or viciously killing an animal or abandoning it. One exception was “Bill S-203,” an “industry-backed” bill that only addressed maximum penalties, and did not try to amend the list of offences created in 1892. The bill would have allowed wild animals and strays “to be killed for any reason, or even for no reason.”

The analysis of the legislative process generally divides the debates into camps of “proponents” and “opponents.” The researchers found that, interestingly, there was a great degree of political polarization in the debates, with senators either being for or against proposed bills, with very little fence-sitting. This changed somewhat with Bill S-203. As industry argued that removing animals from being viewed as “property” may end up with the “humanization of animals,” there was recognition from all political sides that animals “should indeed be treated differently from other physical property,” but that the law would not result in giving human rights to animals.

This review of legislative debate found that Canada has continually dragged its feet on bringing animal cruelty laws into the 21st century. In 1998, the Canadian government began a process to review animal legislation because it had not been significantly updated since 1892. While many proposed amendments had failed (“from 1999 to 2007, every bill died”), this industry-backed bill passed. This was largely due to the fact that this bill provided an appearance of change while actually changing little on the ground. To this day, the Canadian legal system “continues to struggle in terms of how animals should be conceptualized in the law (i.e., as property or as sentient beings),” and there is great polarization based on the political positioning of the day.

For advocates, this study helps us to better understand animal law in Canada, and also recognize the limitations of legal processes to make positive change for animals more broadly. Getting laws passed requires vast political support, and without massive culture-shifting cruelty cases that may trigger fundamental legislative change, the process is likely to be incremental and slow. In other countries laws may be updated faster and politicians might be more receptive to favorable laws for animals. Still, whatever the situation, it is vital for advocates to understand the cultural contexts and political processes that promote (or hold back) progression with animal cruelty laws.