Can the Law Help Sharks? A Case Study in Canada

Canada has laws to stop shark finning, but not to restrict shark fin products. How can the loopholes be closed?
ABSTRACT ONLY Only an abstract of this article is available.
PEER REVIEWED This article has been peer reviewed.
Summary By: karol orzechowski | This is a summary of an external study | Published: January 13, 2016
Photo by Flickr user kubina 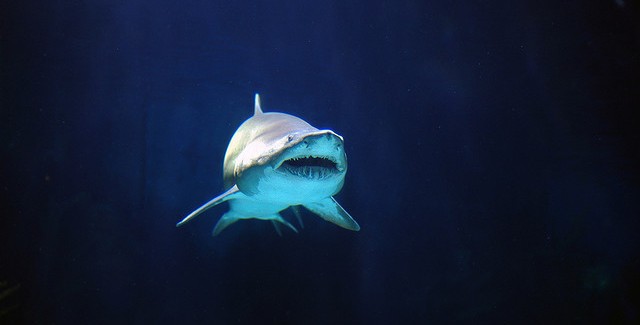 Many governments and international organizations around the world are trying to use laws to manage and protect shark populations. Canada is considered a leader in these efforts, having banned shark finning in its waters and also placed restrictions on commercial and recreational shark fishing. Still, Canada’s legal approach to actual shark fins and fin-related products has been less progressive. These products are still allowed to be imported and sold.

Significantly, shark fin soup was banned in Toronto in 2011, only to be overturned two years later. The city of Mississauga also banned shark fin soup in 2010, a law which was repealed in 2013. A proposed ban in Calgary gained enthusiastic support, but quickly unraveled as the local Chinese community became outraged by the action and protested strongly.

This report shows that Canada has made generally positive strides in helping sharks, but there is still room for improvement. While shark fishing and finning has been restricted in its waters, however, there is still no specific shark section in the Fisheries Act. These restrictions could be strengthened and increased in various ways, such as addressing all shark species (as opposed to just vulnerable species) and looking at other fishing activities that may result in a bycatch of sharks.

Laws banning the importation and sale of shark fins and shark products, while complicated and culturally sensitive, will also be essential if Canada wishes to remain a leader in shark conservation. Shark advocates can play a crucial role in this process, but they will need to figure out ways to advocate for shark fin bans that do not alienate Chinese communities; ideally, we can find solutions that even galvanize them to support the bans. Laws can help sharks, but they need dedicated advocates to help support and advance the process.