Shark populations in coastal regions have been depleted. This study examines the factors that drive reef shark decline and the conservation strategies to protect these vulnerable animals.
FULL TEXT The full text of this article is available.
PEER REVIEWED This article has been peer reviewed.
EXTERNAL STUDY This is a summary of an external study.
Summary By: Casey Bond | Original Study By: MacNeil, M.A., Chapman, D.D., et al. (2020) | Published: May 16, 2022
Photo by David Clode on Unsplash

Globally, sharks are threatened directly from the fin and shark meat trade as well as indirectly due to bycatch and climate change. Although the majority of threatened aquatic species exist in coastal environments, little is known about the conservation status of coastal reef sharks. While previous studies have relied on diver counts to estimate the total number of sharks in a region, these figures are often inaccurate.

To explore the conservation status of reef sharks, a team of researchers installed underwater video cameras in 371 reefs across 58 nations, states, and territories (which they collectively refer to as “nations”). Wherever possible, the cameras were installed in areas that both permitted and restricted shark fishing within each nation. The researchers attracted sharks by using food as bait, although a barrier was used to prevent the sharks from eating the food upon reaching the cameras.

In total, 59 shark species were identified in the footage. Of these species, 93% are known to live entirely, or frequently, within reef environments. However, zero sharks were observed in 19% of the reefs, suggesting an ongoing decline of coastal shark populations. The authors note that concern for shark conservation is especially needed in the Western Pacific, Indian Ocean, and Western Atlantic regions. Specifically, there were eight nations with <0.1% likelihood of viewing sharks: India, Jamaica, Kenya, French West Indies, Dominican Republic, Qatar, Vietnam, and Dutch Antilles Windward. Furthermore, 59% of nations had shark abundance scores below 50% of what the authors expected to see.

The researchers also explored the factors driving shark population declines in their data. Although there were regional differences, these differences could be explained by two types of factors: socioeconomic factors among the nations being studied, and conservation/shark management factors employed by the nations. Regarding socioeconomic factors, the researchers observed that nations with higher coastal populations were associated with fewer observed sharks. However, nations with higher participation in governance, free expression, and free media were associated with more observed sharks. National wealth levels had no effect on shark abundance, but the authors noticed that reefs located closer to markets had fewer observed sharks, suggesting high levels of local shark sales and consumption. As a result, they note local markets are a key place to start pushing for shark protections.

Shark conservation approaches were also associated with shark abundance in the data. For example, countries with shark “sanctuary” legislation (in other words, nations with no targeted catch or trade in sharks) had between 20-68% higher relative shark abundance than nations without such legislation. Nations with catch limits also had higher relative abundance, although this wasn’t the case in all nations, as catch limits are often difficult to enforce. Meanwhile, nations that employed harmful gear such as gillnets and longlines experienced between 11-54% declines in shark abundance; these types of gear often result in shark bycatch.

In general, the authors found that the best performing nations in terms of reef shark conservation were continental Australia, the Solomon Islands, the Federated States of Micronesia, and French Polynesia. These areas generally have strong conservation strategies in place with strict management of shark fisheries and sanctuaries. On the other hand, the nations that performed the worst included Qatar, Dominican Republic, continental Colombia, Sri Lanka, and Guam.

Finally, the researchers compared the impact of different conservation approaches to explore the strategies that might help protect reef sharks in the future. Of course, the effectiveness of these strategies largely depends on the unique characteristics of each nation. For example, national bans on the shark trade and large, “closed areas” where sharks can’t be fished would be ideal, but the authors note that some nations rely heavily on fishing for their economy and would be unable or unwilling to implement such bans.

Implementing shark sanctuary legislation could support population increases of 25% or more, but again, the effectiveness of such legislation depends on the local livelihoods of coastal communities. Until alternative employment becomes a reality for these communities, other conservation steps could include establishing catch limits and banning certain fishing gear like gillnets and drumlines. Finally, shifting to a selective hook-and-line fishing method instead of other commercial methods may not be as beneficial for shark conservation as catch limits, but the authors note it would be easier to enforce.

As an animal advocate, navigating reef shark conservation is a tricky issue, especially when balancing shark protection with the needs of local community members. To make a difference for animals and people, advocates may consider working with local communities to find alternative employment, as well as raising awareness of the importance of reef sharks to empower community members to play an active role in protecting them. It’s important that the people who live closest to reef sharks drive the conservation efforts, and animal advocates can serve as a source of support and resources when needed.

Non-human primates are increasingly vulnerable to extinction as they lose their natural habitats under human pressure. This review explores how Indigenous knowledge may be able to help. 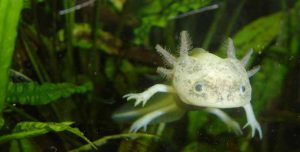