Why Is It Hard To Monitor Whale Sharks?

This study highlights the evolution of a whale shark population in Tanzania, and the importance of monitoring this species over the long term to protect them.
FULL TEXT The full text of this article is available.
PEER REVIEWED This article has been peer reviewed.
EXTERNAL STUDY This is a summary of an external study.
Summary By: Thyl Moors | Original Study By: Rohner, C., Venables, S., et al. (2022) | Published: June 23, 2022
Photo by Dorothea OLDANI on Unsplash

Many aquatic animal species have become threatened or extinct because of the consequences of human activities such as fishing, ocean pollution, and the destruction of their natural habitats. Species that reach sexual maturity late and form small populations are particularly at risk. Indeed, for them, the death of an individual is more damaging for the survival of the species than those with rapid sexual maturation who reproduce earlier in life and form large populations.

In order to establish adequate conservation policies, it’s essential to understand animal population dynamics and how they change over time. This shows experts when a species is in serious decline so they can react before it’s too late. To monitor aquatic animals, scientists sometimes use the capture-mark-recapture (CMR) method. It consists of capturing a sample of individuals to mark them, releasing them, and then conducting another capture phase later. With the proportion of animals captured in the second phase who are already marked, it’s possible to estimate the overall population. However, some animals are difficult to study with this method because they don’t stay in one place for long and are rarely recaptured. Indeed, this method is more effective with species that stay in the same area.

Whale sharks are an example of a transient aquatic animal. As their name suggests, they are very large. They live for several decades and take years to become sexually mature. Their population size around the globe is small and has declined over the last few generations. They have been classified as endangered on the IUCN Red List since 2016. As such, keeping track of their population is critical to ensure their long-term survival.

This study monitored the population trends of whale sharks in Tanzania’s Mafia Island, where they typically remain year-round and are easily observed. Because of this, Mafia Island’s whale sharks are particularly suited to the use of CMR. Instead of capturing the whale sharks, the authors simply photographed them and used their unique visual markings to discern their identity. Indeed, whale sharks’ markings last for decades and allow scientists to easily differentiate them.

The population models were based on 1,634 encounters with a subset of 185 whale sharks; most of them were males. The authors collected this data during the months of November through December from 2012 to 2019. During this period, they estimated the total population to be around 208 individuals, about 12% more than the number recorded in their models. They note that the population stagnated over the eight years of the study, meaning it neither increased nor decreased.

Overall, the same whale sharks remained in this aggregation and didn’t migrate elsewhere, while few new individuals joined them. However, the authors stated that with their data, they only had enough power to detect a 30% variation in the whale shark population. It would take 13 years to detect a variation of 20% and more than 30 years for a variation of 10%. In locations where whale sharks are more transient and difficult to recapture, even more time would be needed. This is an important issue because, given the size of the whale shark population, declines are difficult to detect. However, even slight declines can be detrimental to the survival of their species.

To avoid potential threats, the authors agreed on the importance of a precautionary approach to whale shark management and conservation, including the implementation of long-term monitoring. This would also help identify the human activities causing the most harm, such as bycatch and boat collisions. Finally, improving existing CMR  monitoring methods would likely benefit other animal species that are difficult to observe or regularly change their habitat. For animal advocates, this study shows that effective conservation is an ongoing process that requires proactive monitoring and reporting, even when there’s no “program” in place. 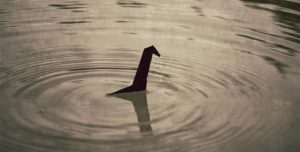 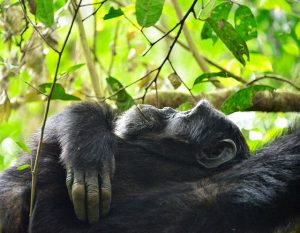