"Citizen scientists" can be an accurate and cost-effective source of data when it comes to monitoring coastal cetacean species.
FULL TEXT The full text of this article is available.
PEER REVIEWED This article has been peer reviewed.
Summary By: karol orzechowski | This is a summary of an external study | Published: January 9, 2016
Photo by Flickr user greensmps 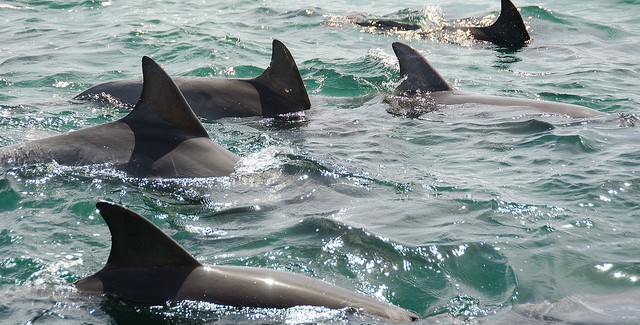 Sometimes, you don’t need to be a formally trained scientist to make a meaningful contribution to science. In recent years, the use of “citizen scientists” — volunteers or “non-scientific members of the public” who help carry out scientific research — has exploded. Especially with advancements in mobile technology, as well as ongoing constraints on research funding, citizen scientists have been providing data that has proven invaluable in various conservation studies.

This study looks specifically at the usefulness of citizen scientists to monitor cetacean / dolphin populations off the coast of Scotland. Its goal was to determine how much effort is required to detect “inter-annual trends” in the sightings of bottlenose dolphins at a particular location, and whether or not that effort is ultimately worthwhile.

Looking at a particular survey that stretched over a 2 km coastal region of Scotland, the researchers found that citizen scientists were particularly valuable. Specifically, they found that the citizens were able to correctly identify and detect animals at a rate that would be useful in monitoring human disturbances. They found that even “lower levels of effort [could] still be useful” and that “consolidating volunteer effort at these locations would help to ensure sufficient survey data to achieve statistical rigor in identifying trends.” In other words, citizen science can be very useful in gathering data and, in this case, to “ensure that the conservation objectives of the bottlenose dolphin are maintained.”

For wildlife advocates, citizen scientists may represent opportunities to foster both better data and renewed compassion for wild animals, especially those most impacted by human activities. The process can inspire laypeople to get involved in conservation programs, and perhaps even inspire further action. Although this study does not tell us much about dolphins in particular, it does show that citizen science is a new avenue where both advocates and the general public can get involved.