Research finds a generally favourable picture for bats in Great Britain and shows that citizen science can produce robust statistics.
ABSTRACT ONLY Only an abstract of this article is available.
PEER REVIEWED This article has been peer reviewed.
Summary By: karol orzechowski | This is a summary of an external study | Published: February 28, 2016
Photo by Flickr user dashananda 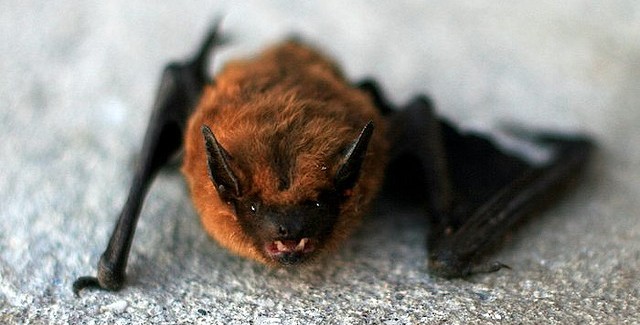 Recently at Faunalytics we have discussed the potential relevance and usefulness of “citizen science.” While governments, institutions, and individual researchers may be able to gather data using their own methods and resources, involving citizens in scientific work can sometimes produce more and better data, especially as it relates to population levels. In this case, researchers summarize the results of the National Bat Monitoring Programme (NBMP), a volunteer monitoring program running since 1996, to track bats in the UK. Bat populations around the world have declined because of various drivers such as habitat loss, climate change, disease, and development, but monitoring them has been challenging because “they are small, nocturnal and can present difficulties in species identification.”

From 1997-2012, the NBMP conducted four separate animal surveys (“Roost Count, Hibernation Survey, Field Survey, and Waterway Survey”), to monitor the health of bat populations. Researchers didn’t simply let volunteers have at it, but rather they took measures to ensure volunteers had the relevant skills to take part in surveys. Volunteers were provided with training including “bat detector workshops, online training tutorials, field notes on identification and video demonstrations.” The researchers note that the NBMP was “originally designed to detect serious declines in bat species in order to ensure timely conservation action could be taken.” Looking at the numbers from the last two decades, they find “a generally favourable picture for bats over the monitoring period with all species monitored showing a stable or increasing trend in GB from the base year of surveys to 2012 from at least one survey type.”

This is good news because previously studies have provided evidence that bat populations in the UK and Europe have significantly decreased over the second half of the last century. Based on this recent data, however, it looks as if bats may have started to show signs of recovery in the past 20 years. Importantly for researchers and wild animal advocates, the paper notes that, on average, “over 2000 surveys are carried out as part of the NBMP each year,” which is the equivalent of about 19,000 hours of volunteer work annually. If we estimate the cost of labour as “£75 per 8-h day for volunteers taking part in the Roost Count and £150 per day for volunteers taking part in the other survey types which require a higher skill level,” the citizen science program represents a savings of £276,975 each year. Considering the quality of the data and the amount of savings generated, the value of such citizen science programs should not be ignored.