The Future Of Citizen Science

Many conservation projects rely on citizen science to monitor wild animals. Moving forward, how can we ensure these efforts are scientifically rigorous and reliable?
FULL TEXT The full text of this article is available.
PEER REVIEWED This article has been peer reviewed.
EXTERNAL STUDY This is a summary of an external study.
Summary By: Casey Bond | Original Study By: Hughes, C., Tremblett, K., et al. (2022) | Published: June 20, 2022
Photo by Pete Nuij on Unsplash

Citizen science is scientific research that involves the public, often for projects involving wild animals and environmental conservation. For example, the public may be asked to report endangered animal sightings, human-animal conflicts, or animals killed by road collisions. Citizen science is helpful when researchers need to collect a lot of data from many different places at once. It also promotes positive collaboration among the public, scientists, policymakers, and other key stakeholders on a given issue.

Although citizen science has exploded in popularity in recent years, it’s not without its challenges. Many in the scientific community remain skeptical that the public can be trusted to gather reliable, valid data. Using the public in research also requires a lot of overhead effort, including engaging, training, and retaining volunteers. Because of this, it’s important to have a clear and consistent set of rules to guide citizen science projects from start to finish.

Recently the Government of Alberta, Canada released what it calls the “Citizen Science Principles of Good Practice,” or a set of guidelines for carrying out citizen science projects from planning to evaluation. The goal is to give these projects more legitimacy so they can be used to inform conservation policies and practices.

The six guiding principles are:

To test these principles in the field, a team of researchers applied them to one of Alberta’s recent conservation programs to protect Grizzly Bears. Grizzlies are declining in certain regions of the province due to oil and gas operations, deforestation, agriculture, and other human-caused activities. Prior to the program, locals sometimes reported bear sightings to the government. However, these observations were usually inconsistent and didn’t always contain the information conservationists needed (e.g., bear location, activity, and time of day).

Alberta launched the “GrizzTracker” citizen science program to engage locals in their effort to reduce human-bear conflicts and create a safe environment for future bears to live. Using a smartphone application, the public was asked to record their bear sightings in real-time. The application had an automatic geo-tagging function, which helped scientists learn where bears were, and weren’t, being spotted. The program also included educational materials to inform the public about important issues such as bear ecology, safety, and scientific research principles.

Despite these promising results, the researchers identified several areas where GrizzTracker fell short. For example, participants didn’t record observations consistently, suggesting that they often forgot to use the application. Furthermore, not all roads in the region of interest were accessible to participants, limiting the data they could provide about bears. The program also lacked enough staff support to continually recruit and engage participants. This was largely due to a lack of funding, which also prevented existing staff members from regularly updating participants about the study. Finally, the researchers expressed difficulty recruiting diverse volunteers, especially Indigenous community members and people who work in agriculture.

Citizen science remains an important way to engage the public on key animal protection issues. Because of this, the researchers suggest ways to improve citizen science projects beyond the guidelines outlined by the Government of Alberta. First, volunteer recruitment must account for the unique perspectives and needs of different community members. This is especially the case for Indigenous volunteers, who may be reluctant to support citizen science due to colonial, exploitative research practices that have harmed them in the past. Second, there must be a clear policy direction to inform the goals and outcomes of citizen science projects, as well as ample resources to support staff leadership and ongoing volunteer engagement efforts.

Finally, there is still work to do internally within the scientific community, as many scientific leaders have lingering doubts about the legitimacy of citizen science. If it’s going to be successful in the long run, citizen science will require an environment of collaboration and strong, trusting relationships between experts and the public. By acting as the link between scientists and community members, animal advocates are needed to promote the benefits of citizen science. 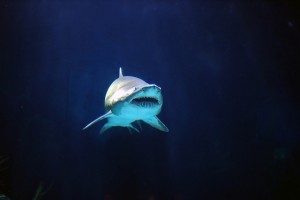 Can the Law Help Sharks? A Case Study in Canada

Canada has laws to stop shark finning, but not to restrict shark fin products. How can the loopholes be closed? 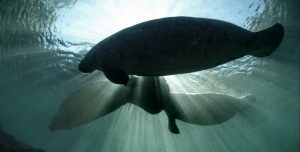