In this analysis of a "veg fest" in Minnesota, researchers found that watching a speaking presentation may encourage diet changes.
FULL TEXT The full text of this article is available.
Summary By: karol orzechowski | This is a summary of an external study | Published: February 9, 2016
Photo Courtesy of ExploreVeg.org

As vegetarian and vegan eating continues to gain traction, “veg fests” appear as though they are becoming more and more popular as well. Veg fests in cities that have had them for years seem to be getting bigger, and new veg fests are popping up in places that have never had them before. In Minneapolis-St. Paul, Minnesota, Compassionate Action for Animals (CAA) has been hosting their own veg fest and, in 2014, they set out to determine just how effective their event was in changing the “eating or advocacy behavior” of those that attended.

Participants were selected randomly and promised a coupon for a Chipotle meal after the completion of two post-festival email surveys. The first survey was conducted a few days after the festival and received 587 responses and assessed the actions attendees had taken on behalf of animals and asked respondents to answer based on their behavior before the festival. Six weeks later, 508 people responded to the second survey, which asked the same questions but requested that respondents answer based on their current behavior. The goal of this two-survey approach was to determine what impact, if any, the festival could be said to have on attendee behavior.

Analyzing the data, CAA found that respondents who saw some kind of speaker presentation during the veg fest were slightly inclined to “move toward vegetarianism between the first and second survey,” while those who saw a video during the fest were more inclined to “move away from veganism between the first and second survey.” They note that even though “they did not find evidence for an overall shift in eating behavior,” this may be due to the methodology of the survey. “Watching the video might have had a profound impact on the attendees immediately after the festival resulting in them biasing their scores toward vegetarianism,” they note, but “by the second survey the video may have lost its impact and respondents did not bias their scores as much.”

For animal advocates, the results may be discouraging at first glance. However, it’s important to remember that this study was focused on measuring changes in behavior from one veg fest at one particular location, and did not look at more potentially complex dynamics of veg fests more broadly. Additionally, logistical challenges meant the first survey could not be conducted before the event, so there was no baseline data regarding attendee behavior. In the end, behavior change is only one aspect of veg fests — they help reinforce the veg community, strengthen convictions, and making other important connections amongst advocates and the general public. 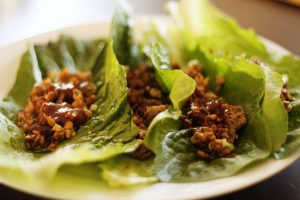 The Impact Of Leaflets: A Controlled Study

Leafleting is still one of the most popular ways of encouraging people to make humane choices. But is it effective?