A Year Later: The Effectiveness of FARM’s 10 Billion Lives on Warped Tour

This report details findings from a second round of research that Farm Animal Rights Movement (FARM) conducted into the effectiveness of their 10 Billion Lives Tour, which utilizes pay-per-view video outreach at college campuses, street fairs, and music festivals.
ABSTRACT ONLY Only an abstract of this article is available.
Summary By: Kathryn Asher | This is a summary of an external study | Published: November 6, 2013
Image by Flickr user ryanne lai 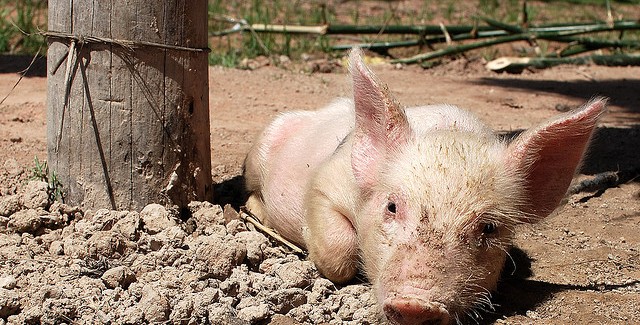 This report details findings from a second round of research that Farm Animal Rights Movement (FARM) conducted into the effectiveness of their 10 Billion Lives Tour, which utilizes pay-per-view video outreach at college campuses, street fairs, and music festivals.

“Since May 2012, FARM’s 10 Billion Lives Tour has traveled to college campuses, street fairs, and music festivals, offering $1.00 in exchange for watching the four-minute video, pledging a self-selected number of vegan days per week, and providing their name and email address for follow-up purposes. […]

We produced two in-person survey forms to be administered at Warped Tour 2013: one intended for people who watched the video at Warped Tour 2012 and one for people who did not, and therefore, were unlikely to have seen the video (the control group). The former included eight questions while the latter only had two. As an inducement to take the survey, we entered all prospects into a $100 raffle contest.

At every 2013 Warped Tour stop where we had also attended in 2012, our staff walked the line prior to doors opening, searching for people who attended last year’s festival. Anyone who claimed to have attended in 2012 was offered entry into the raffle contest, as an incentive to take the survey. Our staff was instructed not to wear their tour shirts or any other vegan messaging.

The very first question of the first form tested the person’s honesty by asking about the subject of the video. Those who answered this question incorrectly had their results invalidated, because of our doubt about the truthfulness of their other answers.

The next set of questions addressed the person’s frequency of consumption of animal products (eggs, dairy, fish, poultry, and red meat) on a 0-4 scale now and a year ago (before the viewing for those who did view). We assigned a weighted numerical rating to each degree of frequency of animal consumption. We then correlated it with the standard American diet, enabling us to estimate how many more or fewer animals were eaten by each survey participant.

The long form (for those who did view the video) also asked questions about the helpfulness of our various support materials and whether or not the viewer in turn influenced friends and family to change their diets.”

Webermann, M. and Felsinger, A. (2013). A Year Later: Effectiveness of FARM’s 10 Billion Lives on Warped Tour.