Mexican consumers are willing to pay for animal welfare friendly products, but their motivation to do so is largely based on product quality and human health.
ABSTRACT ONLY Only an abstract of this article is available.
PEER REVIEWED This article has been peer reviewed.
Summary By: Faunalytics | This is a summary of an external study | Published: March 10, 2017
Photo by Flickr user bionicgrrl 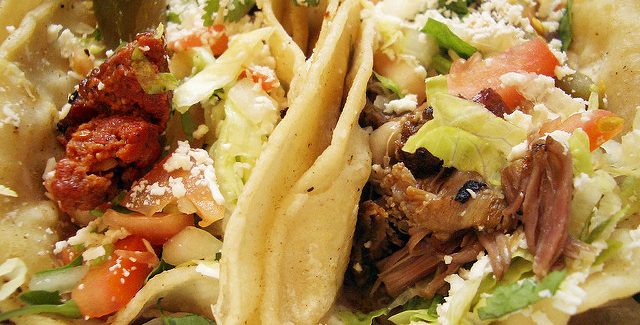 In recent years, meat consumption in Mexico has been on the rise due to “diet diversification” and rising income levels. Mexicans now consume about 64.5 kg of different kinds of meat per capita. As such, the welfare of farmed animals in Mexico is an important consideration for consumers, animal advocates, and policy-makers alike. Understanding Mexican consumers’ perceptions and opinions of farm animals is a crucial step in determining which measures the country can reasonably implement to ensure the welfare of these animals. Unfortunately, research in this area is limited. The current study addresses this gap.

The study authors conducted personal interviews with over 800 adults at eight different supermarket chains to better understand Mexicans’ attitudes and habits related to farm animal welfare. Overall, they found that Mexican consumers are interested in animal welfare, and as in other parts of the world, women were generally more interested than men. Those with a higher level of education showed more interest as well.  About 35.3 percent of respondents stated they knew nothing or very little about farm animal welfare issues while only 18.4 percent of respondents said they had a high or very high level of knowledge. A majority (46.3 percent) of respondents said they had a medium level of knowledge. Respondents overwhelmingly indicated that animals are sentient beings capable of feeling emotions and pain. They also believed that farm animals should be well fed, sheltered, and “maintained under healthy conditions.”

For animal advocates, the results of the study are encouraging; however, the implications of many respondents’ high interest in animal welfare it is not immediately clear. Though the majority of respondents in this study did say they were willing to purchase animal welfare friendly products, the study didn’t delve into exactly how much consumers would be willing to pay. Furthermore, the researchers found that this willingness to pay was more based on human health and product quality than anything else. For animal advocates in Mexico, this study shows that consumers will likely support efforts to increase farm animal welfare, but it may take some work to implement large-scale changes.