There is growing support for animal welfare in China, but much of it is still rooted in concerns about food safety for people.
FULL TEXT The full text of this article is available.
PEER REVIEWED This article has been peer reviewed.
Summary By: Faunalytics | This is a summary of an external study | Published: March 24, 2017
Photo by Flickr user erringreg 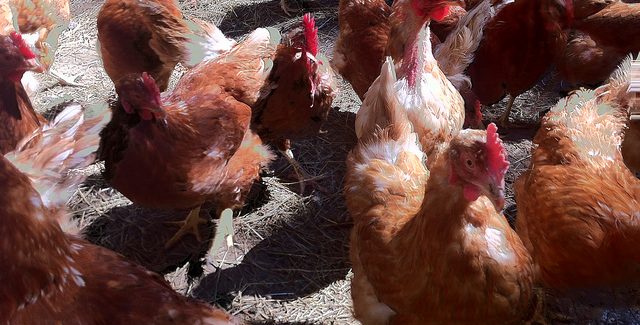 While the Chinese government recently issued guidelines urging citizens to eat less meat, based on both sheer population and increasing economic development, China is and will likely remain the world’s largest consumer of meat and animal-based products. Yet, the development of the concept of animal welfare, particularly in regards to farm animals, in is many ways still in early stages of development in China. This article, published in PLOS One, sought to investigate the societal attitudes of the Chinese public towards farm animal welfare issues and potential legislation.

The authors sought to obtain opinions from people in as many provinces in China as possible and enlisted graduate students to administer a comprehensive questionnaire in their hometowns. A total of 6,006 questionnaires were carried out and included questions on demographic information and four overarching issues: awareness of the concept of animal welfare, opinions on current intensive factoring farming practices, level of satisfaction on legislation on animal welfare, and level of contentment on the market supply of pork and egg.

The findings revealed interesting information about overall attitudes towards animal welfare in China and differences in attitudes based on varying demographics.

The authors conclude that “it can be found that the majority of the public in China take a stand of weak anthropocentrism–their support for improving rearing conditions of pigs and fowls stems largely from their hope for better food quality and safety of animal products.” They note that public awareness of both the concept of animal welfare and legislation on animal welfare must be greatly enhanced; they also suggest that China could enact legislation like that adopted in the UK to phase out battery cages for egg production, which allowed for transitional periods of structural change in farming systems and enabled consumers to make gradual behavior changes.

Advocates are assuredly aware of the lack of both public awareness and legislation regarding farm animal welfare in China. These findings can accordingly be viewed as hopeful indicators that a majority of Chinese citizens disagree with many factory farming practices and are receptive to establishing laws for farm animals and even paying higher prices for food products holding to higher animal welfare standards. Advocates should also note the ideal demographics for targeting messages around farm animal welfare.