Research shows an increase in the number of food recalls, alarming gaps in our food safety system, and the severe public health risks that follow.
FULL TEXT The full text of this article is available.
EXTERNAL STUDY This is a summary of an external study.
Summary By: Mia Rishel | Published: February 19, 2019
Photo by no one cares on Unsplash

In an ideal world, we would all get our daily meals from the local farm (if not our own backyard). We would know exactly where our food came from and how it was processed before reaching our plates. This is, of course, far from realistic and perhaps not even desirable to the average American. And it probably sounds old-fashioned to many.

Still, regardless of how we acquire it, most of us assume that the food that reaches our dinner tables is safe for our consumption. We grocery shop and make meals without giving it a second thought. We place our trust, more or less consciously, in the vast network of U.S. farms and businesses and the institutions that oversee them. And while our food safety system has improved immensely in the last 100 years, a recent string of food recalls has raised just concerns about the effectiveness of this system.

A new report by the U.S. Public Interest Research Group (U. S. PIRG) shows a 10% increase in overall food recalls from 2013 to 2017. This may be explained in part by new and stricter recall laws. But more disturbingly, researchers also found a 70% increase in recalls of chicken and an 83% increase in recalls of meats considered most hazardous (meaning likely to cause a health hazard or even death) over the same time period.

While these findings may, in part, be explained by improvements in contamination tracking technology, the question remains: Can we trust that our food is safe? Recalls that make the news are only the tip of the iceberg; according to the Centers for Disease Control and Prevention, 1 in every 6 Americans get sick and some 3,000 die each year from foodborne illness.

In 2018 alone, the paper notes that several recalls revealed serious gaps across the board in current policies. There was a nationwide recall of Romaine lettuce after an E. coli outbreak killed five people and made another 200 sick. The contamination is thought to have come from a nearby feedlot. The recall of twelve million pounds of beef potentially contaminated with Salmonella revealed that slaughter plants are still allowed to sell products that have tested positive for the dangerous pathogen. In yet another case, millions of packages of Ritz Crackers and Goldfish were recalled, showing the company had failed to properly inspect their whey supply.

Sometimes, the gap in the safety system is simply due to stores failing to remove products even after recalls have been issued. A popular kids’ cereal was kept on shelves in some stores after it too was linked to Salmonella, and some online stores continued to sell nut spreads and granolas after several dozen people had fallen ill, some developing kidney failure. Despite the speed and efficacy of the current recall system, it may not be good enough: even the briefest delay in the recall of perishable products such as pre-cut fruit could lead to a contamination outbreak.

The paper explains that the Food and Drug Administration (FDA) passed a law in 2011 to prevent these outbreaks in the U.S. This law included improving inspections and health standards in food production systems, and stricter recall laws if contaminated products ended up in stores. In 2013, however, a Salmonella outbreak spread from three Foster Poultry Farm plants in California to 29 states and Puerto Rico, causing 634 people to fall ill and 240 to be hospitalized. It was later revealed that Foster Farms had been cited almost 500 times for not meeting food safety standards, and while the U. S. Department of Agriculture had asked them to improve their safety measures, they didn’t have the authority to shut down the plants.

The report offers some recommendations to improve our food safety system, including more rigorous irrigation testing, clearer enforcement consequences for violating safety standards, better traceability throughout the supply chain and stricter recall programs. Recurring violations at plants and facilities need to have consequences, and companies should not be allowed to sell products containing pathogens. Stores should be fined for continuing to sell a product after a recall has been issued on it, and there needs to be a way to directly inform consumers about recalls relevant to them.

We can all agree that we need to be able to feel confident that what we’re feeding ourselves and our families is safe. And whether our food safety problem has gotten worse in recent years, or we’ve just gotten better at detecting its flaws, the public health risk remains. We need more research to determine causes and find solutions.

Growing your own food isn’t possible or suitable for everyone, but we can help prevent foodborne disease by washing our fruits and vegetables and keeping them separate, and cooking and freezing our foods appropriately. Vegans aren’t safe from the hazards of food contamination due to the ubiquity of animal agriculture and its related food safety risk factors; reducing the consumption of animal products overall can help reduce the risks from contaminated foods.

Karthikeyan, V. & Garber, A. (2018).How Safe Is Our Food? Recent Trends And Case Studies Of Recalls, And What They Mean For Our Health. A Report By U.S. Pirg Education Fund. Retrieved from: https://uspirgedfund.org/feature/usf/how-safe-our-food 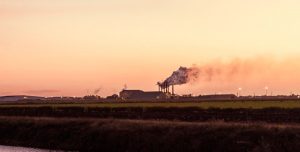 A Decade Of Fighting Factory Farms: A Review From HSUS

A review penned by HSUS looks at the evolution of societal expectations regarding animals and wave of progress that may be drive by advocacy.