Research suggests that a more nuanced, multi-level labeling system could help food consumers make better choices for animals.
ABSTRACT ONLY Only an abstract of this article is available.
PEER REVIEWED This article has been peer reviewed.
Summary By: Faunalytics | This is a summary of an external study | Published: September 16, 2016
Photo by Flickr user taedc 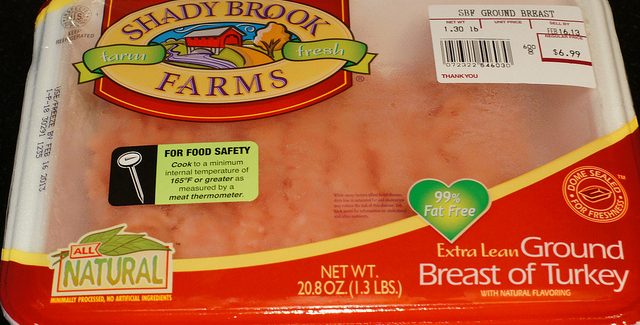 For many consumers, food labels are one of the quickest and most convenient ways to learn how food is produced. Various labeling programs exist to inform consumers whether or not certain products are fair trade, organic, not tested on animals, or vegan. However, many such programs are “binary,” meaning that something is either organic or it is not, it is fair trade or it is not. This black-and-white approach to labeling has disadvantages, however, since it fails to communicate “the complexity of underlying continuous variables” around production. Such labels can actually leave consumers feeling less informed. When it comes to animal welfare, industry-backed certifications have been problematic, giving consumers virtually no definitions and using terms that intentionally obscure the process of production rather than illuminate it.

This study begins from the perspective that a binary approach is inappropriate for communicating the nuances of animal welfare conditions and instead analyzes a “multi-level-label approach” to evaluate its usefulness. The authors sought to test labels that would give consumers more information without overwhelming them by including non-essential facts. They studied various systems already in existence, from numbered levels to stars and other approaches. In the end, they chose a version that communicated differences in production practices rather than one that described product quality. Testing a five-level labeling system, they came up with three key hypotheses:

Hypothesis 1: Introducing additional labels with higher standards, by means of a multi-level label, will result in a shift of the market share that is advantageous for the labeled product.

The study was conducted in Germany and is based on responses from a sample of 1,538 people recruited from an online panel. The average age of respondents was 44, and the gender breakdown was virtually even (49% male and 51% female).

The results were, as the authors put it, “convincing.” When consumers were presented with a binary system (as in, the choice between an “animal welfare labeled” product and a conventional one), 70% of respondents opted for a non-labeled product. If consumers were offered the choice of a five-tiered labeling system as well as a conventional product, only 24% of them chose the conventional option. The researchers found that a multi-level label would “nearly double” the improvement of animal welfare compared to a binary label. Also, the multi-level label could “nearly double” revenues. How such revenue would be distributed across the supply chain is hard to say, and it’s unclear if extra revenue would be allocated to further welfare improvements.

The results of this study are encouraging. While many advocates strive to help people to go vegan and stay vegan, improved labeling may help some animals by providing a spectrum of options to otherwise unmotivated consumers. Potentially doubling animal welfare outcomes is worth taking seriously. Reducing animal welfare to a “binary variable” is not only inappropriate “from a scientific point of view,” according to these authors, but it also hurts consumers. The researchers recommend that a labeling system controlled by the state would “gain more trust and credibility.” Indeed, when animal agriculture creates its own labels, there seems to be little to no improvement for animals.

Gallery image with caption: How To Get Consumers To Change Their Protein Consumption