Is Hunting More Of A Threat Than Deforestation?

This case study shows that deforestation is a threat to rainforest mammals, but that "bushmeat" hunting may be even more of a danger.
ABSTRACT ONLY Only an abstract of this article is available.
PEER REVIEWED This article has been peer reviewed.
Summary By: Faunalytics | Original Study By: Brodie, J.F., Zipkin, A.J. et al. (2014) | Published: August 19, 2016
Photo by Flickr user LouiseGoggin 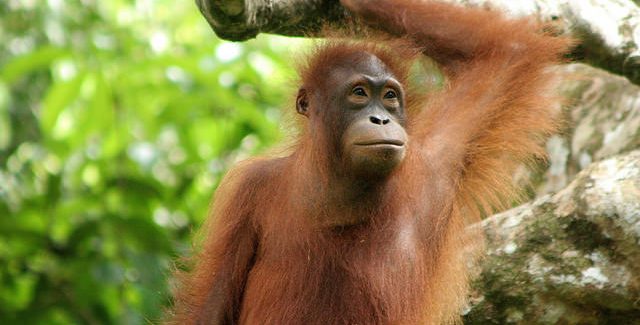 Tropical rainforests are crucial to the biodiversity of the planet, and the biggest threats to animals in those ecosystems are logging and hunting. A great deal has been written about the loss of tropical forests, and many animal advocates are aware of the issue of deforestation to make way for grazing cows. Logging reduces habitat quality and quantity, and the long-term effects of logging on animals and habitat are still being studied. On the other side of the coin, hunting occurs over even larger areas of rainforest than logging (sometimes they happen concurrently). Research on hunting has been mostly regional in scope, with few studies having looked at hunting at “landscape scales.” Even less is known about how the impacts of logging and hunting might be correlated.

The purpose of this study was “to quantify how exploitation (hunting) and logging individually and jointly affect mammal occurrence and species richness.” The researchers honed in on terrestrial species, looking at non-flying species and some species of tree-dwelling animals that also live part-time on the ground. While such mammals only represent a fraction of the species richness of the rainforest, the researchers faced a “disproportionately high risk of extinction” in the study area (Southeast Asia, more specifically Malaysian Borneo). They sampled seven study areas in the Malaysian states of Sabah and Sarawak, including areas that were both logged and unlogged. At these sites, the industrial logging that takes place is selective (as opposed to “clear cutting), and hunting is considered “ubiquitous.” Like some previous studies, they used camera traps to gather data.

Overall, the study found that both logging (considered an “indirect impact”) and hunting (considered “direct”) had “large effects” on the species richness of the animal populations that were studied. Importantly, they found that hunting was a greater threat than logging for specific animals, including primates and ungulates. These animals are also “important as seed dispersers and herbivores in tropical forests.” The research suggests that the strong influence of hunting on mammal richness likely “stems from a growing human population,” the use of guns in hunting, and the “demands of international markets.” The study found that “strong responses by a given mammal to one factor (like logging or hunting) were not associated with strong responses to the other.” The practical application of this is that “conservation strategies addressing one threat cannot be expected to implicitly mitigate the other.” Since most conservation efforts in Borneo are focused on mitigating deforestation, it may be time to refocus on hunting.

This study offers illuminating results that may provide directions for future wild animal advocacy. While deforestation is an important issue for both animal protection and environmental reasons, this study shows that hunting can put even more pressure on rainforest species. Interestingly, the study indicates that much of the hunting being done was by local villagers who were not supported economically by wild meat. The researchers here talk about “achieving sustainable exploitation levels,” which is not what most advocates would seek to accomplish as an end goal. Nonetheless, the results provide strong evidence of the negative impact that hunting has on animal species in threatened areas. 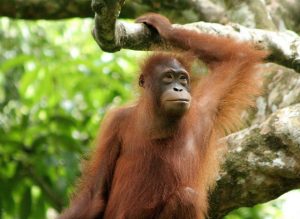