Humane Slaughter In The U.K.: A Review

A thorough analysis of humane slaughter regulations and practice in the U.K. shows that there is still much work to be done, and the work may never be done.
FULL TEXT The full text of this article is available.
Summary By: Faunalytics | This is a summary of an external study | Published: April 6, 2017
Photo by Flickr user kerryank 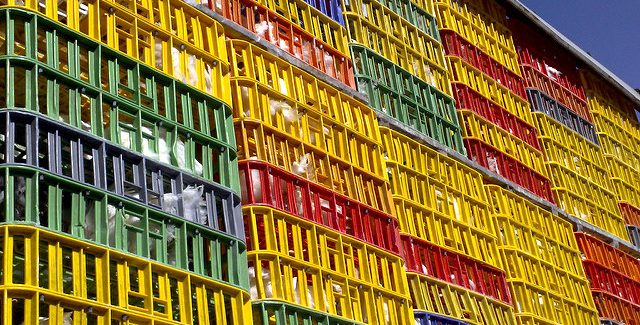 There is perhaps no subject that ignites opinions and passions among animal advocates as the topic of “humane slaughter.” There are a variety of definitions of humane slaughter that vary from country to country, and while there is no official international or E.U.-wide definition of the term, stunning seems to be an essential component. Further to stunning that reduces or eliminates pain and stress at slaughter, humane slaughter also tends to include caveats that the killing itself should be as fast as possible, and that the transportation to slaughter should be minimal and as stress-free as possible. These are good goals to aspire to, but whether or not they are implemented and followed in a meaningful way is another story, especially at large scales; this independent review of slaughter in the U.K. attempts to parse whether or not humane slaughter is possible at the national scale.

In the U.K., there are some standard operating procedures that set a minimum general standard. Pre-slaughter stunning is mandatory in the U.K. for all animals in all instances, with two big exceptions: fish and religious slaughter. Further to stunning, it’s mandatory that an Animal Welfare Officer be present in all slaughterhouses unless they process less than 1,000 cows, pigs, goats, or sheep, or less than 150,000 birds or rabbits per year. With this noted, however, these regulations do not mean the process is perfected: 4455 animal welfare breaches were recorded in registered U.K. slaughterhouses between July 2014 and June 2016. These infractions can happen for a variety of reasons, but one potential exacerbating factor could be “exceedingly high” slaughter speeds, with some measures finding up to 35 chickens slaughtered / processed per minute.

With these infractions and line speeds notwithstanding, unannounced inspections have generally seen positive results, with 87% of unannounced inspections in February and March of 2015 considered to be “good.” What’s more, there is some recognition that the process of slaughter itself may never be truly humane, especially if it involves long periods of transport, and mobile slaughter units have been considered as a possible alternative that would reduce or eliminate transport times. However, they also pose “additional economic, logistic and legal issues to such an extent” that some organizations don’t recommend mobile slaughter and the Farm Animal Welfare Committee “questions their current feasibility.”

Overall, the author notes that the best way to ensure humane slaughter on a scaled level is to recognize the importance of individual welfare, and to reduce the scale of slaughter through reducing our meat consumption overall. 57% of slaughterhouses in the U.K. may have CCTV now, and regulations are good to have as well, but regulations and oversight still can’t ensure a fully humane process. For animal advocates, the review shows that inroads have been made in increasing the “humaneness” of slaughter, but it may be reaching a ceiling of just how humane it can get.

Mace, J. (2017). The Reality Of ‘Humane’ Slaughter In The UK. Unpublished Paper, Available at Link.