Getting To The Root Of ‘Willingness To Pay’

Research that measures willingness to pay (WTP) in hypothetical scenarios can significantly overestimate what consumers are willing to pay in real life.
FULL TEXT The full text of this article is available.
PEER REVIEWED This article has been peer reviewed.
Summary By: Jen Wyglinski | This is a summary of an external study | Published: March 22, 2018
Photo by Flickr user worldbank under Creative Commons license CC BY-NC-ND 2.0

In market research, willingness to pay (WTP) is a measure of the maximum amount of money a consumer is willing to pay for a given quantity of a product. Companies often conduct WTP research to determine demand for new products and optimal pricing. Advocates and researchers in the animal welfare sphere can also use WTP to determine how much extra consumers would be willing to pay for products made using higher animal welfare standards, new and alternative cruelty-free products like cultured meat, and more.

While WTP can be a very useful measure, studies have shown that WTP estimates established in hypothetical settings may not accurately reflect how much consumers would actually pay in real life. In addition, there are several methods used to investigate WTP that may provide varying results. This 2006 paper, published in Marketing Letters: A Journal of Research in Marketing, reports on two studies that attempt to examine these gaps. Both studies compare real and hypothetical WTP estimates within and between several methods commonly used to gauge WTP.

In the first study, the authors investigated differences in WTP estimates reported for a $100 phone card based on four WTP procedures in real and hypothetical scenarios:

The authors assigned participants to one of four conditions in which three methods were considered hypothetical and one was considered real with the exception of contingent valuation (i.e., participants actually had to buy their top rated product and pay if they won the auctions). Results indicated that mean WTPs in the hypothetical setting were significantly higher than those observed in the real setting for all methods, particularly for conjoint analysis. In other words, unless people are actually paying, theoretical WTP is probably inflated. As far as differences between methods, both types of auctions resulted in substantially higher WTPs than the methods based on stated preference. The authors suggest this could be due to “gambling” behavior that encourages participants to bid more in order to win.

The second study investigated whether the difference between hypothetical and real WTP estimates could be reduced by randomly selecting a fraction of participants to comply with their purchase obligation instead of mandating that 100 percent comply, as the latter situation might not be feasible if researchers are unable to make large numbers of products available.

The study involved both a Vickrey auction, in which participants with the highest 25 bids had to pay the price of the 26th bid, and a lottery, in which participants who stated a WTP at or below a randomly drawn price had to pay either for a doughnut or a mug of mulled wine. Participants were assigned to one of four settings in which either 10 percent or 100 percent of winners had to comply, with variations based on procedure and product. Results indicated that there were no significant differences between the 10 percent and 100 percent scenarios with the exception of one setting, which was likely influenced by participants who indicated they had a very low interest in buying doughnuts.

The authors state that their findings can provide guidelines for research that uses WTP measures. Notably, to reduce differences between real and hypothetical WTP estimates, researchers should use a scenario in which only 10 percent of subjects are obligated to pay. They further suggest that if researchers choose to use a purely hypothetical situation, they should be aware that “resultant WTP may be substantially overestimated.” Therefore, researchers might consider recommending a lower product price. This applies to animal advocates currently interested in the field of “clean meat,” for example, where accurate WTP testing is crucial.

The authors conclude that while they found substantial differences between WTP methods, much more research is needed to identify one best method. Indeed, one of the most significant findings from this paper may be the need for further research on WTP, a technique that is frequently used and has significant consequences but has not been fully investigated. 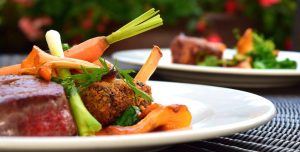 Social Science And The Future Of Food

There's a pressing need to ensure that research-informed decisions based on social science greet new food technologies when they debut.