Moral Intensity And Willingness To Pay For Animal Welfare

Researchers found a positive relationship between “moral intensity” and willingness to pay for policies to address farm animal welfare issues.
ABSTRACT ONLY Only an abstract of this article is available.
Summary By: Faunalytics | This is a summary of an external study | Published: February 23, 2009
Image by Unsplash user Iswanto Arif

This article provides findings from an experimental survey regarding two farm animal welfare issues. The results suggest that moral characteristics are positively linked to the “moral intensity” regarding specific issues and that there is also a positive relationship between moral intensity and willingness to pay for policies to address the issue.

This greater perception of social consensus appeared to result in a higher level of moral intensity associated with the issue and a higher stated wtp by respondents for policy to address the issue. However, as for many CV studies of public goods, a question remains as to whether the estimated wtp is a true measure of people’s preferences and relative values or merely a measure of attitudes on an arbitrary monetary scale. 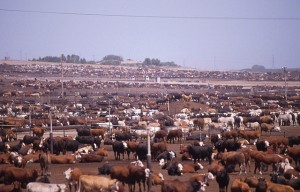