A study from Norway looks at adults' willingness to pay (WTP), in the form of an earmarked tax, for salmon farmed with higher welfare standards.
ABSTRACT ONLY Only an abstract of this article is available.
PEER REVIEWED This article has been peer reviewed.
Summary By: Faunalytics | This is a summary of an external study | Published: November 20, 2012
Photo by Flickr user cjhawkins1961

This study reports on findings from a survey of Norwegian adults regarding their willingness to pay (WTP), in the form of an earmarked tax, for salmon farmed with higher welfare standards. Families that purchased farmed fish had a higher WTP for improved welfare standards. Across all Norwegian households there was a WTP for disease resistance and elimination of lice on salmon. Among families purchasing farmed fish there was also a WTP for reducing deformities and injuries.

“There is a growing concern about the welfare of farmed fish. Current breeding programs typically focus on profitability through emphasizing fast growth of the fish. This research, however, finds that a representative sample of Norwegian households are willing to pay an increased tax for farmed Atlantic salmon that is selected for traits related to fish welfare. In an Internet survey, a random and representative sample of Norwegian households were asked to choose among breeding programs for farmed Atlantic salmon that differed with regards to costs and the following four traits related to fish welfare; frequency of deformities (Deform), frequencies of injuries (Injur), resistance to Salmon Lice (Lepeophtheirus salmonis) (Lice) and resistance to diseases (Health).”

“The survey participants were given six different choice sets, and in each they chose one of three alternative salmon breeding programs. Two of the alternative breeding programs would give improvements in at least one of the trait attributes and would result in an earmarked tax per household per year. The third alternative was the status quo option, i.e. a zero earmarked tax with focus only on growth enhancing traits and profitability in breeding programs. Based on the estimation results of random parameter logit models mean willingness to pay (WTP) was estimated for all households and for the subsample of households purchasing farmed salmon.”

“The average WTP was higher for the subsample that purchases farmed salmon compared to the full sample. For households that purchase farmed salmon, the average WTP in terms of an earmarked tax for all attributes were significant and highest for Lice (1034 NOK/yr), followed by Health (749 NOK/yr). The WTP for Deform (282 NOK/yr) and Injur (256 NOK) were nearly the same. For the full sample of household, the average WTP was significantly different from zero at the 5% level only for Health (613.1 NOK/yr) and Lice (951.2 NOK/yr). This study provides evidence that there is a high WTP among all Norwegian households to improve the welfare of farmed Atlantic salmon through increased resistance to diseases and Salmon Lice, which may imply less use of medicines and chemicals in the production process. Only households that purchase farmed salmon are willing to pay an earmarked tax to reduce deformities and injuries.” 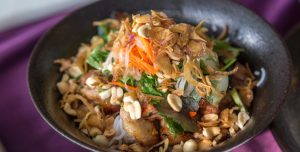