Preventing wild-animal suffering will become more and more important - and difficult - as technology advances.
FULL TEXT The full text of this article is available.
PEER REVIEWED This article has been peer reviewed.
Summary By: Faunalytics | This is a summary of an external study | Published: February 2, 2016
Photo by Flickr user quicktiming 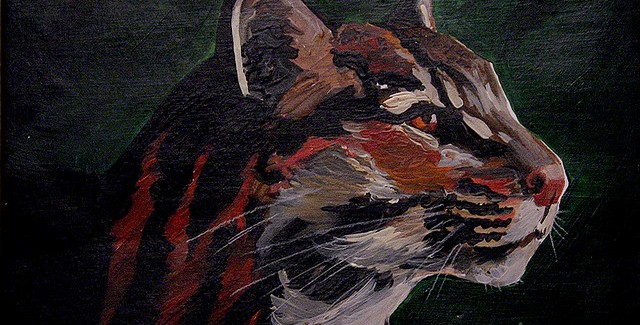 As we recently shared in the Faunalytics Library, there is an increasing amount of attention being paid to the suffering of wild animals. The last article that we covered looked at the issue of wild animal suffering from the perspective of speciesism, noting that since humans already intervene in nature for our own ends, we should not be opposed to intervening in nature to help wild animals when they need it. This article looks instead at the specifics of wild animal suffering, including details of why and how animals suffer in the wild. It’s an important issue to address, but there are limitations to how much humans can help.

First and foremost, the author notes that exact statistics are often hard to compile, but that “the numbers of wild animals on which humans have an impact is simply too large for animal advocates to ignore.” It’s noted that even though “intense suffering is a regular feature of life in the wild,” humans should be looking at both short- and long-term research to help improve the welfare of wild animals, whether it’s direct intervention or through special technologies. The author establishes this as an ethical necessity on the part of humans, who have so often intervened in nature for their own (usually exploitative) purposes.

From here, the author discusses issues relating to predation — “death by other means” — and the “hard life” that most wild animals experience. What may be contentious for some is that the author suggests that, for wildlife, happiness may be outweighed by the overall suffering that they endure over the course of their lives. The assertion is based on the assumption that all wild animals endure cold, hunger, disease, fear of predators, and other stresses on a regular basis. Furthermore, nearly all species reproduce in excess, meaning most members of the species don’t survive long after birth and may even die (often painfully) before they can experience much happiness at all. The author notes that “the strategy of ‘making lots of copies and hoping a few come out’ may be perfectly sensible from the standpoint of evolution, but the cost to the individual organisms is tremendous.”

The author of this article takes some interesting twists and turns in his review of the subject, even going into a discussion about wild animals and suicide. However, the most important conclusion may be that the author believes humans should feel compelled to make wild animal suffering an advocacy issue. It’s noted emphatically that “humans presently lack the knowledge and technical ability to seriously ‘solve’ the problem of wild-animal suffering without potentially disastrous consequences.” Also, that “faster technological progress in general is not necessarily desirable.” There is a careful balance to strike between trying to use technology to improve wild animals’ lives, and doing so in a way that is smart and effective.

The author also notes that advocates may need to tread cautiously on this issue because “there may be a danger here of raising the wild-animal issue before the general public is ready. Indeed, the cruelty of nature is often used as a reductio by meat-eaters against consequentialist vegetarianism.” Still, the author notes, it is “crucial” that at some point animal advocates move “beyond farm, laboratory, and companion animals.” There is a tremendous amount of suffering that occurs in nature and, in the author’s words, “humans have an obligation to exercise their cosmically rare position as both intelligent and empathetic creatures to reduce suffering in the wild as much as they can.”

Tomasik, B. (2015). The Importance of Wild-Animal Suffering. Relations. Beyond Anthropocentrism, 3(2).