Preliminary research shows that appeals for protecting farmed animals may encourage attitudes that increase the potential for wild animal suffering.
FULL TEXT The full text of this article is available.
Summary By: Faunalytics | This is a summary of an external study | Published: May 24, 2017
Photo by Flickr user mjsecu 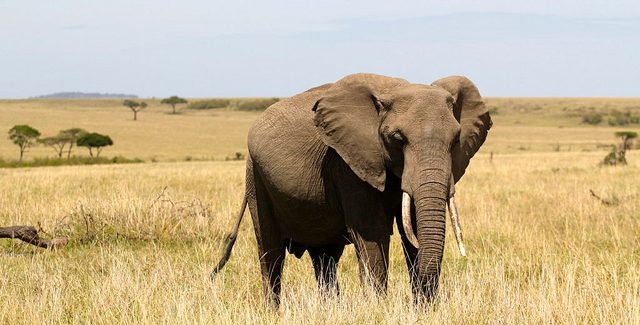 Most animal advocates seek to alleviate suffering for one group or species of animals without harming or intentionally excluding others. It can be important to examine the unintended consequences of our actions. That is one reason that Animal Charity Evaluators (ACE) conducted a small-scale study to understand how farmed animal advocacy impacts views of wild animal suffering. Recently on Faunalytics, we’ve seen and covered an emergence of concern over the issue of wild animal suffering (or WAS), and how it can and should be addressed.

ACE conducted an mTurk study to examine how three flyers with different messages impact views of WAS. In this study, the researchers hypothesized that people exposed to an environmental message would be most resistant to strategies to reduce WAS given concerns about interfering with nature. They further hypothesized people exposed to an “animal cruelty” message would show more support for reducing WAS.

To test their hypotheses, the researchers separated about 600 participants into three groups:

After exposure to one of the three flyers, the participants were surveyed to gauge their attitudes. The researchers found that, contrary to their hypothesis, the animal cruelty group had significantly greater “preferences for more habitat” than the environment group. The authors speculate this indicates that “relative to the environmental flyer, the animal cruelty flyer strengthened preferences that would increase WAS, given that more habitat would increase the number of wild animals and that in turn would increase the amount of WAS.”

Although the sample is small and the results somewhat inconclusive, the study investigates an important topic. For animal advocates interested in a broad range of animal issues, it’s worth checking out the full study for its methodology as well as the results. However, taking extraordinary actions to reduce WAS requires having extraordinary evidence to justify those actions. As we consider WAS and other forms of animal suffering that may not be immediately apparent, we should be sensitive about our messaging.