If humans want to intervene in nature to help wild animals it's crucial to understand how to do so effectively, and in a way that doesn't cause more harm.
FULL TEXT The full text of this article is available.
EXTERNAL STUDY This is a summary of an external study.
Summary By: Jamie Harris | Published: July 20, 2018
Photo by Janko Ferlič on Unsplash

For many animal advocates, the topic of wild animal suffering can be a difficult one. Not only is the scale of potential suffering in the wild vast and hard to wrap our heads around, but doing anything about it seems like an even harder task. This paper, a survey of research about domestic and captive animal welfare, is then used to consider the opportunities for assessment of wild-animal welfare.

Authors such as Michael Plant have argued that the case for intervention in nature to reduce wild animal suffering is essentially an “unprovable” moral case, which relies on too many assumptions. This paper works towards addressing some of those assumptions and ends with some suggestions for further research.

The paper begins by explaining the problem: it is hard to measure the quality of life of animals in general, because they cannot usually tell humans how well they are. There are lots of different methods which have been tried in order to evaluate this, including many studies of behaviour, such as how animals try to avoid certain things or get more of other things. Humans can carry out “choice tests” or watch how animals carry out certain activities to get certain rewards. Though they seem to make sense on some level, this paper lists 13 limitations to this type of research, such as animals having preference for familiar but worse conditions. However, the author here argues that careful researchers can make up for such difficulties.

A variety of criteria for measuring the quality of life in animals have been created by researchers. Though often intended to draw measurements in controlled settings, some of them transfer well to wild animals. The physical criteria for animals’ wellbeing probably apply quite well to all species of animals, but some of the psychological criteria may be quite different for different species.

What is “natural” to an animal can be one measure of its wellbeing. This can be relatively easy to measure in large numbers, but is not always useful.

The paper goes into significant detail concerning physiological measurements of wellbeing, including acute stress, such as cortisol release, and chronic stress. Acute stress indicators can be misleading because they might just suggest an animal is preparing for a positive action, rather than suggesting low wellbeing. There are many methodological difficulties with measuring chronic stress.

The author then considers some other types of measurement, such as ordinary observation and judgement. These methods are cheap and easy to do in large numbers, but may not always be a useful measure of happiness. Animals may sometimes indicate their own conditions through vocal calls, although these are not always representative and are hard to compare across species.

For further research, the author notes that measurements of wild animal suffering can be divided into “cross-species” indicators and “species-specific” indicators. The first of these two types may often be easier to measure. Given that there are so many different species in the wild, creating separate measurements for each different species would be difficult. Further research should use particular species as indicators, and then generalize from those species.

For animal advocates, the full paper offers much more than we can summarize here. Wild animal suffering (or WAS) is a topic of increasing interest in advocacy circles, and the frameworks being established in the field are still very much open to advocate discussion and intervention. The paper would be useful for anyone who is engaged in any activities which affect the welfare of wild animals. It also has implications for the debate on whether humans should intervene in nature to help wild animals at all, and how best we can do so.

Author: Jamie Harris
Jamie Harris is a co-founder and researcher at Animal Advocacy Careers, a new nonprofit helping advocates to maximize their positive impact for animals. AAC is providing trainings for employees of animal advocacy organizations, online information and workshops about animal advocacy careers, and one-to-one career advice calls. Jamie is also a researcher at Sentience Institute, a think tank researching social and technological change. Jamie has managed the local group Effective Animal Altruism London and volunteered at organizations including Faunalytics, The Good Food Institute, and The Humane League.

Brennan, O. (2017). “Fit and Happy”: How Do We Measure Wild-Animal Suffering? Retrieved from: https://was-research.org/paper/fit-happy-measure-wild-animal-suffering/#Theoretical_Arguments 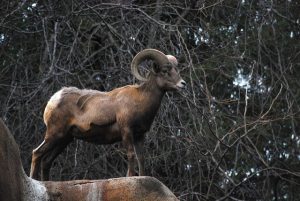 How Humans Are Accelerating Animal Evolution

Humans are driving the evolution of wildlife through relocation, domestication, and hunting. What might this mean for wild animal suffering?