Should Humans Intervene in Nature to Stop Wild Animal Suffering?

Should we intervene in nature to reduce the tremendous amount of suffering endured by wild animals?
FULL TEXT The full text of this article is available.
PEER REVIEWED This article has been peer reviewed.
Summary By: Jen Wyglinski | This is a summary of an external study | Published: January 5, 2016
Photo by Flickr user nitishbindalagrawal 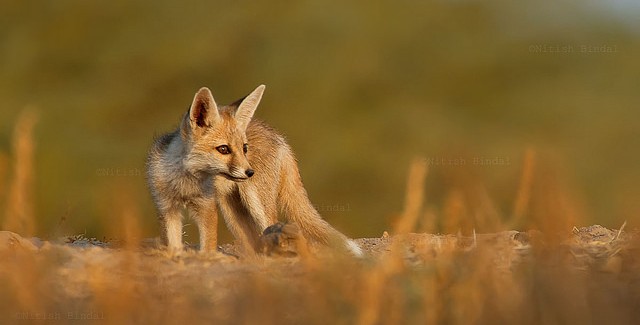 “It is commonly believed that animal ethics entails respect for natural processes, because nonhuman animals are able to live relatively easy and happy lives in the wild. However, this assumption is wrong.” So begins the abstract of this 2010 journal paper by Oscar Horta, a professor of philosophy at the University of Santiago de Compostela. In the paper, published in Telos, Horta makes the controversial yet thought-provoking argument that people are ethically-bound to intervene in nature to prevent wild animals from suffering.

Horta begins the paper by describing the false and romanticized perception many people have of nature, viewing it as an idyllic setting filled with wild animals whose happiness vastly outweighs their suffering. He then shows how the reproductive strategies used by most wild animals lead to immense amounts of suffering, as they produce large numbers of offspring whose individual members have very low survival rates and often die at young ages by brutal means such as starvation and predation. He concludes that the “overwhelming majority of the animals of the overwhelming majority of species appear to have significant suffering but little (or no) happiness in their lives.”

Having established that animals suffer greatly in the wild, Horta then tackles the question of why people should intervene to help them. He counters the argument many people make that “any kind of intervention at all would be dangerous for its unforeseen and potentially disastrous consequences, or that we have no right to carry it out” by pointing out that it is speciesist, as “humans intervene constantly in nature. In most cases, they do so in order to obtain benefits for themselves.” In other words, if people intervene in nature to help themselves, they can and should do so to help wild animals.

In regards to how people might intervene, Horta concedes that, apart from local instances such as feeding animals in an area struck by a harsh winter, there are few actions people can take right now that would have a significant impact. Instead, he suggests that people — and animal advocates in particular — start laying the groundwork for such actions by investigating possible interventions as well as advocating against both the idyllic view of nature and the general concept of speciesism. He also notes that animal advocates must question their own, potentially subconscious, speciesist views of animals in the wild.