How Humans Are Accelerating Animal Evolution

Humans are driving the evolution of wildlife through relocation, domestication, and hunting. What might this mean for wild animal suffering?
FULL TEXT The full text of this article is available.
PEER REVIEWED This article has been peer reviewed.
Summary By: Faunalytics | This is a summary of an external study | Published: August 25, 2016
Photo by Flickr user rainbreaw 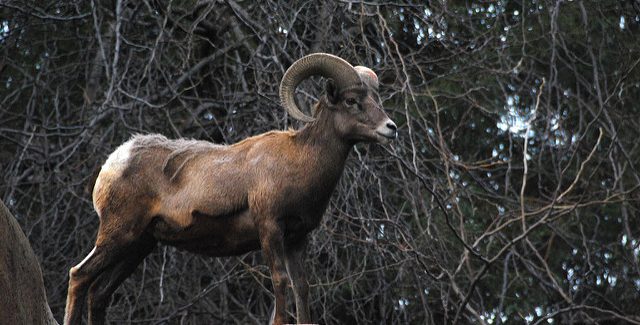 We live in a time when a lot of effort is being made to solve problems caused by humans. We have entire fields of conservation science dedicated to preventing further loss of biodiversity caused by humans. One response to this decline is developing conservation programs based on the “no net loss” principle. This means that the “negative impacts on biodiversity associated with human activities are required to be compensated for by conservation actions, theoretically resulting in a neutral net outcome for nature.”

This would seem to be an improvement over most existing conservation policies, but it may not take into account the whole story of how humans affect wild animal populations. “Speciation,” for example, is the formation of new and distinct species in the course of evolution. It can be driven by a variety of different factors, and one of those factors can be human activity. In this review, researchers looked at fragmented landscapes and populations caused by humans and examined how some species become isolated, develop new traits, and even become new species.

There is a lot of literature on speciation, but the study of human-driven speciation is relatively new. The authors of this study wanted to know if human-driven speciation was meaningful on a global scale and how it might be affecting global species numbers. Reviewing data from a variety of sources, they discuss how much humans have contributed to known species extinctions. From AD 1500 to the present day, approximately 784 extinctions have been documented, including mammals (79), birds (129), reptiles (21), amphibians (34), fish (81), invertebrates (359, of which 291 were molluscs), plants (86) and Protista (1).

Although the authors acknowledge that it’s not always easy to determine the causes of extinctions, they also note that “the evidence often points to humans.” While the overall extinction numbers since 1500 do not compare to mass extinction events of previous ages, taken together they may indicate we’re heading towards a sixth mass extinction. From here the researchers outline the various ways that humans can cause or mediate speciation, such as:

Can wild animal advocates have a meaningful impact on any of these processes? It’s hard to say. The study suggests that humans have a fairly big net influence on biodiversity, but there is a “blurred line” as far as when speciation has actually occurred. Although it’s not possible to quantify speciation rates with any real accuracy, the anthropogenic influence appears to be significant and suggests that further investigation is necessary. Advocates may also use this information to apply pressure to policymakers, corporations, and other entities to take more account of biodiversity and the environment.