Cats are one of the world's most popular companion animals, but how much has their behaviour changed in the last 10,000 years?
ABSTRACT ONLY Only an abstract of this article is available.
PEER REVIEWED This article has been peer reviewed.
Summary By: Faunalytics | This is a summary of an external study | Published: May 9, 2016
Photo by Flickr user briandtam 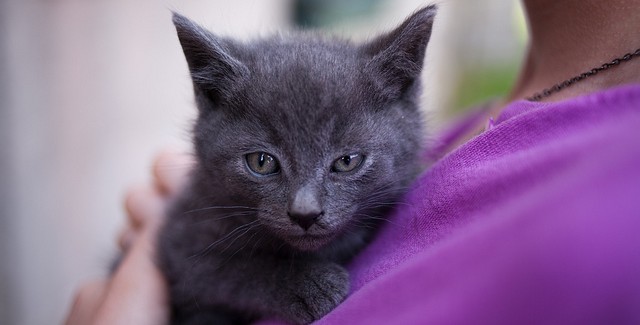 Our relationship with cats stretches back thousands of years; some estimates place the genesis of cat domestication around 9,500 to 10,000 years ago. According to researchers, the behavior of cats’ wild ancestors “has undergone only minor modification to result in today’s domestic cat.” While ancient cats may have had behaviors that were beneficial both to themselves and “our own grain-storing ancestors,” human culture has changed immensely since then. Especially in the last 200 years, our world has become almost unrecognizable compared to the world in which cats were originally domesticated. In most contexts, cats no long play the role of “mousers” or pest controllers; instead, cats are kept primarily for their companionship. However, during that process the “human expectations of cats have altered but the behavioural repertoire of the cat has not.”

This introduction to a special issue of Applied Animal Behaviour Science gives a brief overview of the evolution of the cat/human relationship. It divides cats into three general categories: companion cats that live with, and have their needs consistently met by, a human companion; cats that live in human environments but who aren’t “owned” but are directly or indirectly provided for by humans, and cats that live a life largely or wholly independent of humans. Interestingly, the authors say the “behavioral repertoire of these different groups is substantially the same by type, if not by degree.” Generally speaking, the research notes that our relationship with cats is deeply ambivalent: we appreciate cats as companions in our homes, but some people also view them as an environmental threat. For advocates and researchers, this paper provides a good overview of this ambivalence that should inspire further exploration.