The Status Of Asian Elephants In Southern India

A review of Asian elephant populations in Southern India finds that within protected areas the plan works well, but outside, not so much.
ABSTRACT ONLY Only an abstract of this article is available.
PEER REVIEWED This article has been peer reviewed.
Summary By: Faunalytics | This is a summary of an external study | Published: March 1, 2017
Photo by Flickr user pokerbrit 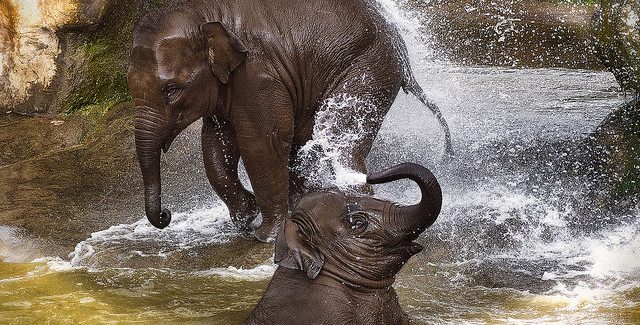 Asian elephants are massive animals that used to have a massive range that stretched over 9 million km2 from West Asia to the Indian subcontinent, but the past century has not been kind to say the least. Today, elephants have lost about 95% of their historical range, and there are only estimated to be between 38,500-52,500 left in the wild, though that number is debated. Asian elephants are classified as “endangered” by the IUCN, and India is a flashpoint in the struggle to maintain elephant populations and help them thrive: the country is thought to hold about 60% of the world population of Asian Elephants and 1/5 of these are thought to live in the southern state of Karnataka. Unfortunately, within Karnataka there is a constant push and pull of tensions related to human-elephant conflict, and environmental management decisions.

The purpose of this study was to derive the distribution of elephants in Karnataka using a calculation of dung density in particular areas, and to try to use that knowledge to provide solutions to human-elephant management conflicts at the state level. What researchers found was that, while elephants were present across all protected areas, they also appeared more broadly outside of them: “not only in multiple-use Reserved Forests, but also areas chiefly meant for agricultural production and human dwelling.” It appears that the density of elephants outside of protected areas is just a fraction of what it is inside them (about one third and perhaps less). According to researchers these results “underline an urgent and important need to monitor elephant populations and assess their use of habitats outside PAs.” The researchers note that a certain degree of conflict between elephants and humans may be unavoidable, especially when elephants stray into agricultural areas. However, when relatively small numbers of elephants, can cause a massive amount of damage to houses, agriculture, and even human life, they also note that “it is becoming difficult not to ask if the long-term costs of keeping these animals in human-dominated areas—in human, elephant and monetary terms—are worthwhile.”

For conservation advocates, the study does not simply end there, and the researchers think that this type of fine grain work in estimating elephant populations can help greatly. They say there is a “vital need for the long-term conservation of elephants in Karnataka,” and doing so will require “determining where the needs of elephants—or humans—must take priority over the other, and to do so in a manner that stands up to scientific data and public reasoning.” 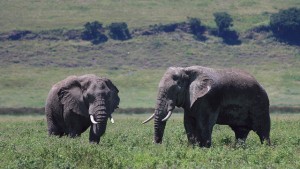 Ivory Trade Is Not The Only Threat To Elephants

Resistance to conservation is related to the marginalization of poor populations, and not all human-elephant violence is related to ivory.