Improving Conditions for Elephants in Tourism

A group of researchers summarizes the current understanding of the welfare of tourist elephants in Thailand, offering recommendations for how to improve their well-being and safety.
ABSTRACT ONLY Only an abstract of this article is available.
PEER REVIEWED This article has been peer reviewed.
EXTERNAL STUDY This is a summary of an external study.
Summary By: Trent Davidson | Original Study By: Bansiddhi, P., Brown, J. L., Thitaram, C., et al. (2020) | Published: June 25, 2020
Photo by Deanna DeShea on Unsplash

A logging ban in Thailand in 1989 left thousands of previously employed elephants “out of a job.” At the time, elephant tourism emerged as a novel market that could make use of these animals’ skillsets. Presently, tourism is a major component of Thailand’s economy, with over 35 million international visitors annually. Naturally, the concern for these elephants’ well-being quickly became a concern of animal welfare advocates. Ever since, important strides with respect to these animals’ health have been made across the world. For example, in Myanmar, working elephants are guaranteed a limited number of working hours per day, veterinary care, a mandatory retirement age, and extensive documentation to ensure these needs are met.

Recently, researchers set out to assess how elephant welfare is measured, the current understanding of elephants’ well-being, and to offer recommendations for improving their livelihoods. Crucially, the authors do not recommend a wholesale ban on elephant tourism—a major component of the Thai tourism industry as a whole. Instead, they make practical suggestions for bettering the elephants’ existence, while preserving the economy that supports both them and their human counterparts.

When it comes to how elephant well-being is measured, the authors discuss several types of behaviors associated with poor mental and physical health. For example, “stereotypies,” or repetitive, invariant behaviors with no clear goal, are characteristic of elephants that have been chained, enclosed in small spaces, and socially isolated. More visible signs of poor health, such as obesity and poor foot hygiene, are also important considerations. Additional measures look at glucocorticoid levels—a biomarker used as an indicator of stress and inflammation—as well as epidemiological data. The latter might examine how stereotypic behaviors, birth rates, and lifespan vary by wild and captive populations, to better inform quality of life practices for elephants that are either semi- or fully captive.

While the authors acknowledge the need for further research on these topics to more concretely answer what it means for elephants to live a good life, they provide a set of recommendations for “best practices” and potential improvements. For one, training methods could better measure the elephants’ health using glucocorticoid samples to ensure the elephants are not excessively stressed when learning. Another step is avoiding training and working in temperatures above 24 degrees Celsius (75 Fahrenheit). Finally, catering to the animals’ complex psychological and social needs could yield major improvements in elephant welfare. Specifically, this includes the understanding that elephants, like humans, form closer bonds with some elephants (and people) than others. Better management and socializing of the elephants would allow them to spend more time with their friends and family, thus reducing their stress levels and enhancing their time spent working. All of these practices can be readily introduced into many tourist and agrarian-working elephants’ lives. Doing so would allow for major improvements in their overall health.

As mentioned, the researchers do not call for an outright ban on working elephants. They do, however, note the usefulness of sanctuaries for elephants in need of rescue and wild populations. These areas and parks provide safety and refuge for elephants where protection is needed. Of course, our imperative as animal advocates is to defend these incredible animals, and their welfare cannot be purely economic—the moral consideration owed to all animals is especially clear in elephants, given the complexity of their social worlds and multifaceted psychological well-being.

Author: Trent Davidson
Trent Davidson is a graduate student in the Sociology Department at the University of Colorado Boulder, where he studies behavior genetics, health disparities, and happiness! His interest in animal welfare started with an Environmental Ethics seminar in college and evolved a longstanding interest into a passion and commitment. Outside of the academic world, he's at home biking around Colorado, experimenting in the kitchen, and reading a book in the park. 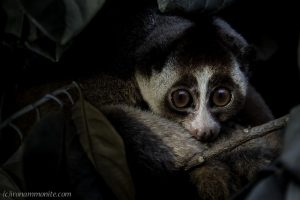