Asian Elephants in the Mirror

Asian elephants show mirror self-recognition (MSR) in controlled conditions, a cognitive complexity shared by great apes, dolphins - and humans.
FULL TEXT The full text of this article is available.
PEER REVIEWED This article has been peer reviewed.
ANIMAL RESEARCH This article involves research on captive animals, which Faunalytics opposes.
Summary By: Karol Orzechowski | This is a summary of an external study | Published: October 29, 2015
Photo by Flickr user shankaronline 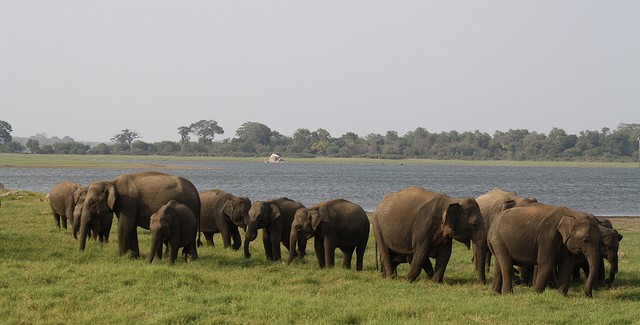 Trying to understand and evaluate cognitive capabilities is difficult enough among our fellow humans, but it becomes much more difficult to do across species. Humans are biased to value certain kinds of cognition over others (specifically, human-oriented forms of cognition). But given that we cannot really know what it is like to be another species, we’re very much limited in what we can understand about their experiences. Nonetheless, animal cognition remains a huge field of research, and many people in the field do exhaustive – and sometimes ethically questionable – work to understand how other species see the world.

Several researchers, including the well-known and sometimes controversial Frans de Waal, conducted this study on Asian elephants at the Bronx Zoo, specifically trying to understand if elephants show “mirror self-recognition” (MSR), something that is considered by some to be “exceedingly rare” in the animal kingdom. Humans and various other apes have passed MSR tests in the past, and one report even showed that dolphins did as well. Working based on the assumption that there is a “phylogenetic connection” between MSR and empathy, the researchers provided some elephants with access to a mirror and a control group with no access to a mirror. The researchers also used marks on the body to see if the elephants would interact with the mirrors, as well as their reflections.

What they found was that all three of the test elephants “showed investigative behavior of the mirror surface and frame including touching and probable sniffing,” and that “remarkably, all three subjects showed a total absence of social interaction with their mirror image, such as species-typical visual, vocal, or agonistic displays.” In other words, the elephants recognized that the subject in the mirror was themselves and did not interact with their reflection in a social way. The authors note that based on a plethora of observations, the elephants showed “a tendency to use the mirror as a tool to investigate their own bodies.”

For many advocates, the methods of the study – experimenting on animals in captivity – are an obvious concern; this is one of those cases, such as other research that looked at empathy in laboratory rats, where the study might tell us something we know or feel intuitively about a species, and the results ironically undermine the experiment itself. The results of this study show, in a preliminary scientific way, that elephants may possess the kind of cognition that we recognize in ourselves and in some other ape species. The information can be useful for advocates as it can bolster pro-elephant advocacy. But hopefully we can find other ways to conduct such research that doesn’t rely on using captive animals. 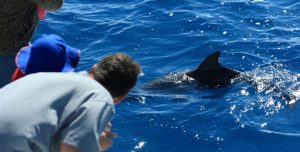 A paper summarizing the main policies in the U.S. that effect dolphin welfare in captivity, with recommendations to improve their rights and welfare.