Effects of Social Disruption in Elephants Persist Decades after Culling

This study sheds new light on the potential long-term negative consequences of severely disruptive human activity on elephants’ key decision-making abilities, which are fundamental to their ability to function in complex societies.
FULL TEXT The full text of this article is available.
PEER REVIEWED This article has been peer reviewed.
Summary By: Kathryn Asher | This is a summary of an external study | Published: December 7, 2013
Image by Flickr user @Doug88888 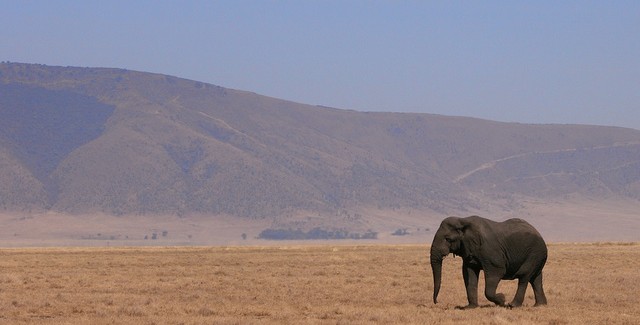 This study sheds new light on the potential long-term negative consequences of severely disruptive human activity on elephants’ key decision-making abilities, which are fundamental to their ability to function in complex societies.

“Background: Multi-level fission-fusion societies, characteristic of a number of large brained mammal species including some primates, cetaceans and elephants, are among the most complex and cognitively demanding animal social systems. Many free-ranging populations of these highly social mammals already face severe human disturbance, which is set to accelerate with projected anthropogenic environmental change. Despite this, our understanding of how such disruption affects core aspects of social functioning is still very limited.

Results: We now use novel playback experiments to assess decision-making abilities integral to operating successfully within complex societies, and provide the first systematic evidence that fundamental social skills may be significantly impaired by anthropogenic disruption. African elephants (Loxodonta africana) that had experienced separation from family members and translocation during culling operations decades previously performed poorly on systematic tests of their social knowledge, failing to distinguish between callers on the basis of social familiarity. Moreover, elephants from the disrupted population showed no evidence of discriminating between callers when age-related cues simulated individuals on an increasing scale of social dominance, in sharp contrast to the undisturbed population where this core social ability was well developed.

Conclusions: Key decision-making abilities that are fundamental to living in complex societies could be significantly altered in the long-term through exposure to severely disruptive events (e.g. culling and translocation). There is an assumption that wildlife responds to increasing pressure from human societies only in terms of demography, however our study demonstrates that the effects may be considerably more pervasive. These findings highlight the potential long-term negative consequences of acute social disruption in cognitively advanced species that live in close-knit kin-based societies, and alter our perspective on the health and functioning of populations that have been subjected to anthropogenic disturbance.” 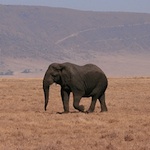 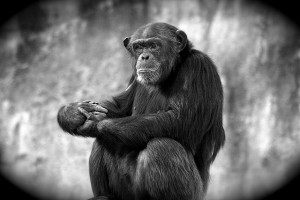 This article presents a new method for identifying the species of origin of bushmeat, i.e., meat that is illegally harvested from wild animals, often endangered species.

The African forest elephant population has declined by 62%, with much of the decline due to poaching and the international trade in ivory.