Elephants In Their Backyards

A critical piece of conservation is finding ways for people and wild animals to co-exist. We must listen to those who are affected by wild animals and tailor solutions as much as possible.
FULL TEXT The full text of this article is available.
PEER REVIEWED This article has been peer reviewed.
EXTERNAL STUDY This is a summary of an external study.
Summary By: Sara Streeter | Original Study By: Rakotonarivo, S. O., Bell, A.R., et al. (2021) | Published: July 13, 2021
Photo by Jordan Heinrichs on Unsplash

For most of us, elephants are an iconic species. They symbolize the wild, roaming in matriarchal bands across the landscape. But most of us don’t have them in our backyards. For those who do, such as African farmers, the experience can be exceedingly difficult. Elephants can impose significant financial and social costs by damaging crops and water sources and consuming food stores. Yet, because elephants are endangered in many areas, they are the subjects of global biodiversity conservation efforts. It’s critical to understand the needs and preferences of those, such as farmers, who are directly affected by conservation actions. And where decisions and costs are shared fairly, this creates social equity that may improve farmers’ willingness to aid with conservation efforts.

Historically, land managers and farmers used barriers such as fencing, guarding, and repellents to deter elephants. Economic incentives have also been tried. Nonetheless, frustrated farmers continue to kill elephants. In this study, researchers wanted to learn how farmers might make decisions to protect their land and livelihoods, and whether and how they factored in elephants. They tested Gabon farmers using an interactive game. Such games, when they engage stakeholders, are an effective means of simulating real-world challenges. The game was set up on tablets and modeled realistic ecological, spatial, and temporal scenarios involving elephants and crop damage.

Researchers administered the game to 260 households in 18 villages in May 2018. The villages were in two different areas. Eight were near Lope National Park (conservation-influenced villages). The other 10 were within production forests (logging influenced villages). Each game was played by a group of four participants. There were six to eight rounds representing agricultural years. For each round, players had four options. They could farm as usual, farm and scare elephants away, farm and shoot elephants or provide elephant habitat for a payment. The payment was either a flat subsidy or an agglomeration bonus (an economic incentive that rewards coordinated actions to create wildlife habitat).

Results of the game showed that the availability of non-lethal options reduced the likelihood participants would resort to lethal control. However, killing in the game was 64% lower in the conservation influenced areas than in villages surrounded by logging concessions. Where levels of social equity were higher, both deterrents and agglomeration bonuses led to less killing. But only the monetary incentives made farmers more likely to provide habitat for elephants, and they viewed agglomeration bonuses more favorably. Interestingly, the level of the subsidies didn’t affect the responses. And neither participants’ socioeconomic status nor their real-life experience of crop damage from elephants affected game decisions.

Unfortunately, follow-up interviews revealed that most participants felt they had no voice in broader elephant management decisions. In the game, this led some participants to kill decisions simply to express their frustration. At the same time, they moderated their kill behavior to control elephant numbers, not to exterminate them. In response to deterrent options, participants were positive about the prospects for electric fencing. However, they questioned the value of building the fences around farms. In their experience, hungry elephants will find a way to breach fencing. They suggested that fencing conservation areas such as parks would be more effective.

This study highlights just one example of the conflict between conservation and other human activities such as farming. The outcomes underscore the importance of addressing equity attitudes in concert with material losses. Linking incentive-based payments to conservation goals holds promise as a strategy to benefit both people and wildlife. Animal advocates can use this study to support novel approaches to wildlife protection. We need to find better ways to improve the existence of people who live within wild areas. And by improving their lives, we can save animals at the same time. 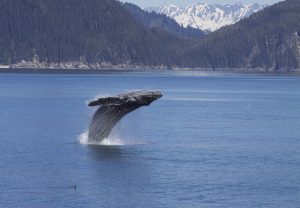 Improving The Survival Of Migratory Animals

Climate change and human activity can have a huge effect on animal migration. Research shows the migration patterns of younger animals may be the key to managing and forecasting the declines of many threatened species. 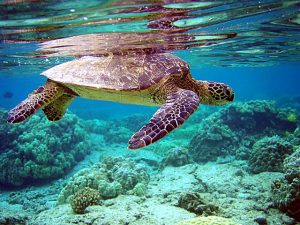