What would a model animal welfare act that takes animals interests seriously look like? A group of animal law experts offer their thoughts.
FULL TEXT The full text of this article is available.
Summary By: Faunalytics | This is a summary of an external study | Published: April 13, 2016
Photo by Flickr user Mark Robinson 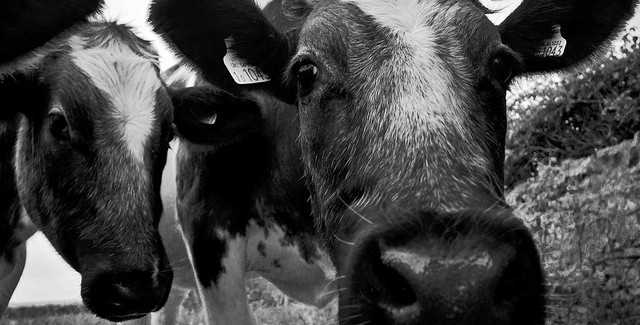 Laws are essential to both codify and hopefully enforce positive changes. Many animal advocates see passing laws as a key aspect of the fight for animal rights and welfare and there is a growing contingent of animal law professionals. One problem with using the law to protect animals, however, is that the laws are often woefully inadequate, full of loopholes, and plagued by enforcement issues. There are also different laws and levels of enforcement for different regions, countries, states, and even cities. In other words, animal welfare law is patchy and uneven. Some countries, thanks in large part to the work of NGOs, have made headway on animal welfare issues, but there is still much work to be done to standardize and implement such measures.

This paper, a “Model Animal Welfare Act,” was written by a group of animal law experts seeking to provide a comprehensive framework for animal welfare and provide guidance for developing animal laws already in process. By using “a comparative analysis of the best available legislative models, precedents and advice,” as well as “taking into account international standards and rules, and current knowledge based on animal welfare science and practical experience,” the authors provide an extensive example of what animal welfare law could look like. (The document itself is extensive, and can be read in full here or at our standard link below.)

The authors note that any kind of animal welfare act needs to address three primary aspects, namely, “to promote animal welfare, to prevent animal cruelty and to minimise the suffering of animals.” They describe how other projects have approached the topic. For example, they describe how the U.K.’s “Five Freedoms” provide important information about animal welfare needs and encompass three states of animals — “physical, mental and natural.” Discussion of the Five Freedoms is complemented by the Welfare Quality Project (WQP), a research partnership between Europe and Latin America.

The authors discuss how the WQP guidelines act as a kind of extension of the Five Freedoms, noting that it contains “more concrete and specific guidelines which may be more easily measured in practice (and particularly useful for legislative enforcement).” From there, they discuss the “3Rs” of scientific research, suggesting that they could (and should) be more widely applied: “However, these should, in principle, additionally be applied to all commercial uses of animals where there is any doubt that all the welfare needs of the animals can be met, in which case the wording would need to be amended appropriately.”

The authors outline three “core obligations” that should be followed at different levels: the general public needs to show a “duty of care (thus fostering the keeper’s and handler’s sense of responsibility towards the animal and ensuring that hence not only commission but also omission is covered by the law)”; the state needs to show a “duty to create awareness, to inform, to educate and to support all issues of animal welfare”; and the authorities need to show a “duty to effectively enforce the laws.” Enforcement (and deterrence) is one area where animal welfare laws have traditionally fallen short, but the authors note that any law concerning animals should not be “primarily directed at the authorities alone, but also (and predominantly) aimed at the public and other interested parties including (but not limited to) animal businesses and industries; and animal welfare organizations.”

For animal advocates, the Model Animal Welfare Act provides a great deal of interesting material and is well worth reading, considering, and debating. The entire document is too comprehensive to fully summarize here, but it’s an incredibly useful manuscript for anyone advocating for legal rights for animals.