Is There A Veg Stigma?

Are people's perceptions of vegans (and vegetarians) hindering efforts to reduce farmed animal consumption?
FULL TEXT The full text of this article is available.
Summary By: karol orzechowski | This is a summary of an external study | Published: February 22, 2016
Photo by Flickr user guerson 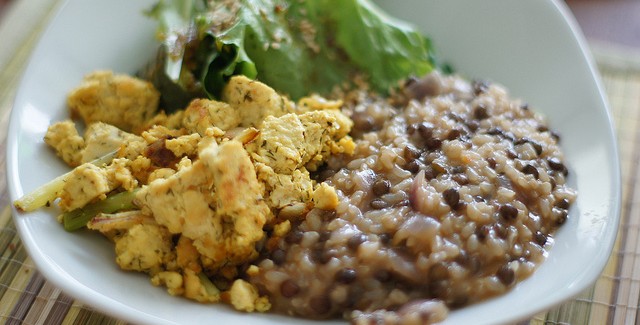 An important aspect of veganism is pursuing a lifestyle that is focused on making ethical consumer choices for animals. In that limited sense, veganism boils down to “voting with your dollars.” There’s evidence that vegan and vegetarian eating is on the rise, the market for vegan foods (including faux meat) is expanding, and that promoting veg*n food and diets is, in some ways, a matter of marketing. To understand how to market being veg*n to people who are not requires talking to them and understanding the barriers and obstacles that stand in their way. Faunalytics has explored this in depth.

In 2014, a marketing class in the MBA program at the University of Arizona in Tucson undertook a research study to better understand veg*n marketing. The thing that makes this study interesting, apart from the fact that it is conducted by a marketing class in a marketing program, is that it was meant to “develop a comprehensive understanding of the American non-vegan to identify obstacles and opportunities for reducing farm animal suffering.” The class was given a presentation about vegetarianism, veganism, and animal suffering, and discussed the issues themselves. They were subsequently divided into four groups and each group completed quantitative surveys (based on initial qualitative research).

Here’s what they found: “At this time, the general public has a negative view of veganism and vegans. Furthermore, using the words ‘vegan’ and ‘vegetarian’ in the name of a meatless food dish has a negative effect on how the consumer perceives the food.” While 41% of the respondents considered themselves to be “meat-eaters not interested in change,” 51% of the non-veg respondents were open to the idea of at least reducing their meat consumption. Those numbers are at once frustrating and encouraging. Also, the public “views veganism as much harder than vegetarianism” and people “view vegans negatively (angry, fanatical, judgmental).” Through word association exercises they found that words like “meat” and “steak” and “chicken” all had positive associations, but “Tyson chicken” and “factory farming” had negative perceptions. It’s also worth noting that “tofu” was viewed relatively neutrally, while “faux meat” was thought of as “bad / disgusting.”

What does this study mean for veg*n advocacy? Certainly, the idea that the general public may view veganism and vegans negatively is a hard pill to swallow, but maybe we can find some solace in the way this study views the progression from “meat lover” to “vegan” as a ladder. From the bottom, so to speak, the rungs progress from meat lover → omnivore → meat-reducer → vegetarian → vegan. The researchers make some recommendations based on their findings; for example, they say that “advocacy explicitly directed at reducing chicken consumption” would be effective in both reducing individual animal suffering and overall meat consumption. Advocates should read the study and take note of the marketing insights and approaches for veg*n outreach and activism.