This study looked at the costs of healthier and sustainable diets in 150 countries, and how national income, food waste, and external costs factor in.
FULL TEXT The full text of this article is available.
PEER REVIEWED This article has been peer reviewed.
EXTERNAL STUDY This is a summary of an external study.
Summary By: Thyl Moors | Original Study By: Springmann, M., Clark, M. A., et al. (2021) | Published: March 17, 2022
Photo by Taryn Elliott from Pexels

A global shift in food consumption toward diets composed of high nutritional value plant-based foods and very few animal products, could greatly reduce the environmental stress of the food system and improve public health. But several factors can hinder the adoption of such diets. This study focused on one of them: cost. In it, the authors used models to estimate the cost of different healthy and sustainable diets in 150 countries around the world. For each country, they compared typical diets to four alternative diets: flexitarian, pescatarian, vegetarian and vegan.

In order to do this, they estimated each country’s typical diet by looking at the food available for consumption in each country, with data from the Food and Agriculture Organization of the United Nations. Then, they estimated the cost of each diet using food prices with data reported by the International Comparison Program from 2017. They adjusted their estimates by taking into account calories, and for each diet, they added the cost of food waste to get a more realistic estimate.

In addition, they separately estimated two external costs: one related to climate change and the other to human health. The authors also examined how costs would change in the future based on trends in population growth, rising or falling incomes, and whether or not food waste was reduced.

If the external costs of climate change and health care were taken into account, this would increase the total cost of typical diets by an average of 12% and 4% respectively. In 2050, the increase would be 42% for climate change and 9% for health care. Both in 2017 and in 2050, the external costs of the flexitarian, vegetarian and vegan diets were lower than those of typical diets.

The authors then projected the global adoption of the flexitarian diet in 2050. If economic development is high, food waste is reduced, and external costs are taken into account, its adoption would be less costly than typical diets in almost every country studied.

For low-income countries, changing diets could lead to increased costs. However, the authors say that it’s worth promoting a switch to sustainable and healthier diets as opposed to Western-style diets. Because the latter are more expensive, less healthy, and more harmful to the planet. To help, the focus should be on food waste reduction and economic development. These aspects could reduce the cost of sustainable and healthy diets. 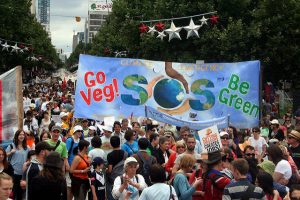 In the wake of the UN's publication of the groundbreaking report Livestock's Long Shadow in 2006, scientists have sought to better understand the role that factory farming plays in climate change. This study uses computer models to explore the potential impact of different dietary transitions, from simply reducing red meat consumption to becoming vegan, and analyzed how each might affect carbon cycles, land use, and more. The results provide concrete data to show how individual food choices can have a global impact on animals and the environment. 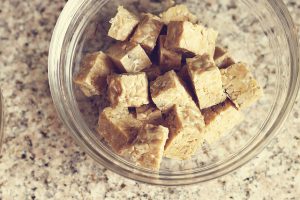 As the consumption of so-called "ethically produced meat" continues to rise, the differences between "Conscientious Omnivores" (COs) and vegetarians / vegans (known together here as veg*ns) becomes increasingly useful to animal advocates. This study surveyed a variety of COs and veg*ns, to find out how they view themselves, animals, and meat. The results show that there are significant ethical differences between COs and veg*ns, especially when it comes to self-identity, and how they view animals in relation to themselves.

Environmental and Nutritional Advantages of Replacing Meat with Plant-Based Alternatives

A new study looks at the environmental impact and nutritional quality of plant-based meat replacements and finds alternatives to be preferable to meat.