This study analyzed meat consumption behavior across Asia and Pacific Rim countries and found that the Japanese purchased beef more frequently than consumers in other countries.
ABSTRACT ONLY Only an abstract of this article is available.
Summary By: Faunalytics | Original Study By: Koizumi, S., Kobayashi, S. et al. (2002) | Published: December 16, 2007
Image by Pixabay user gurkanerol

This study investigated consumer behavior towards meat across Asia and Pacific-Rim countries. Mail surveys were undertaken in 1994 and 1995. Data was obtained from 6197 households in Japan, the U.S. (mainland and Japanese-Americans in Hawaii), Australia, Thailand, Korea, Taiwan and China.

Average ratings (semantic differential scale) on plans for future meat consumption were higher for beef than for other meats in Korea and China, whereas chicken was rated higher in the other countries. From the dendrogram, surveyed countries were classified into three groups: Japan, Taiwan and Korea; Thailand and China; and the U.S., Japanese-Americans and Australia. Among them, the first and second clusters merged into a larger cluster, the “Asian” group. 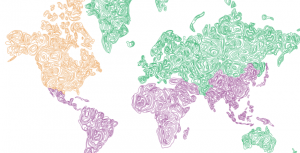 Alternative and “Eco” Diets Trending Around the World

This study from Mintel shows that veg and "eco" diets are mainstreaming across North America, Europe, and large parts of Asia. 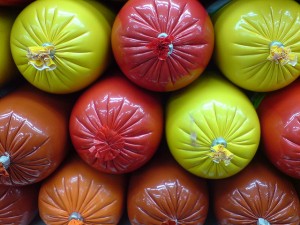 The High Demand for Real Halal