Eating Insects And The Ick Factor

The motivation to eat insects is an uphill climb in Western countries, but better products may open the door. Is it more sustainable and ethical?
ABSTRACT ONLY Only an abstract of this article is available.
PEER REVIEWED This article has been peer reviewed.
Summary By: Faunalytics | This is a summary of an external study | Published: March 3, 2017
Photo by Flickr user bug_girl 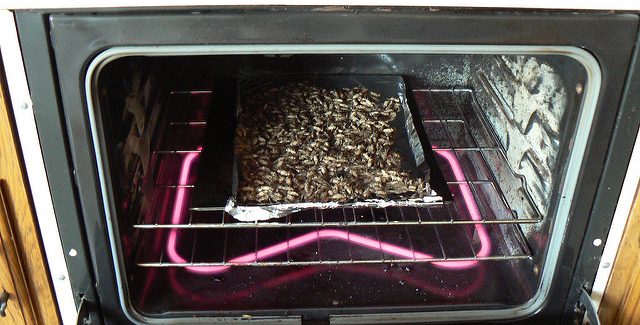 Entomophagy, eating insects, is a common dietary practice in many parts of the world that has been increasingly suggested as a sustainable meat substitute in many Western countries. Animal advocates view eating insects as yet another form of unnecessary exploitation of animals, and many Western consumers also oppose the practice, primarily because they see it as an unfamiliar and rather disgusting dietary choice. Recent studies have attempted to identify what types of consumers would be willing to eat insects as well as what tactics could be used to persuade people to adopt this practice.

This study, published in Food Research International, investigated factors that might influence consumers to buy and eat products containing mealworms. The authors recruited two groups of Dutch consumers who were either willing or unwilling to consume mealworm products and asked them to respond to a series of questions evaluating a product that would seem more appropriate for containing mealworms (meatballs) and a product that would seem less appropriate (a dairy drink). All participants responded to questions about their familiarity with and experience eating original products (i.e. meatballs and dairy drinks without mealworms) and the same products containing mealworms, interest and willingness to buy mealworm products, perceived appropriateness of using mealworms in meatballs and a dairy drink, and expected sensory experience of eating both products. Additionally, participants in the “willing tasters” group tried the original and mealworm products and responded to several of the same questions again based on their tasting experience.

Significant findings from the study include the following:

The overall results indicate that in order to be successful, mealworm products should be considered appropriate and also produce a positive sensory-liking experience. In the study, meatballs containing mealworms were considered appropriate but the sensory experience of eating them was rated as lower than expected, while the dairy drink was rated as better than expected but was not considered an appropriate product. As a result, after tasting the products, consumers indicated a decreased willingness to buy both of them.

The authors also state that within Western culture people still have significant reservations regarding regular consumption of insects. They note that for the unwilling tasters in their study, which represent the majority of people, “the product and sensory qualities seemed irrelevant as they did not want to eat insect-based foods, rejecting it on the basis that it is not food and is therefore disgusting to eat.” They ultimately recommend that “future research should not only focus on increasing initial motivations towards eating insects, but should also explore the barriers to buying and preparing insects for regular consumption.”

For advocates, the paper confirms what multiple others studies have shown: there continues to be widespread resistance to eating insects in Western culture. Additionally, it would seem that for familiar and popular products, mealworm substitutes do not hold up to originals in terms of sensory-experience as proponents of eating insects may try to claim. Advocates might also note that even people who express a willingness to try or buy mealworm products still express many reservations in terms of both practical aspects (e.g. price, availability) and more subjective aspects (e.g. product appeal, tastiness, social implications) of the products. 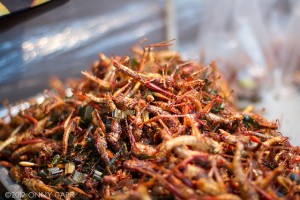 Should people eat insects as an alternative to meat? What are the ethical implications of such a shift in "protein sources?"

The Diet, Dishes, and Dish Ingredients (DDDI) framework can help to provide a path forward to reduce meat consumption in incremental ways.

To design efficient food taxes, researchers find it crucial to account for existing taxation across supply chains, as well as differences in types of green house gases emissions.