Giving people written advice increases the chances that they can reduce separation anxiety in dogs.
ABSTRACT ONLY Only an abstract of this article is available.
PEER REVIEWED This article has been peer reviewed.
Summary By: karol orzechowski | This is a summary of an external study | Published: March 14, 2016
Photo by Flickr user hand-nor-glove 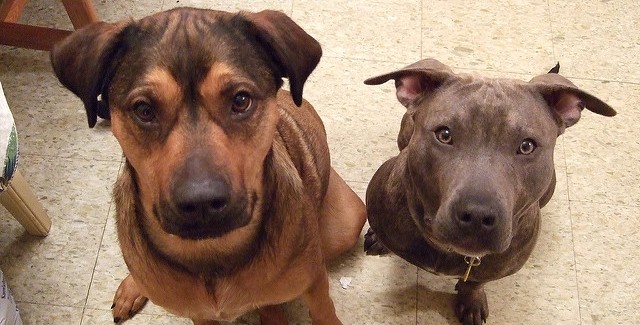 Companion animal advocates and veterinarians know there can be a big difference between how dogs and cats are supposed to be treated and the actual care they receive. When it comes to giving people information to care for animals as best as possible, vets and advocates use a variety of strategies. One problem that can occur with dogs and that many people struggle to address is separation anxiety or separation-related behavior (referred to as “SA/SRB”). This can include destructive actions, various types of vocalization or barking, and “inappropriate elimination” like urinating and defecating. Often, these behaviors are expressed in or around “the site of the owner’s most recent departure” and can be seen as “attempts by the dog to restore contact with the owner by escaping, or maintaining vocal contact.”

Addressing SA/SRB with dogs can be both physically and emotionally challenging and people often find themselves frustrated by the persistence of the behavior. “By their very nature,” researchers note, “these behaviors occur when owners are not home, and unless evidence of destruction or elimination is present on their return, or neighbours complain about vocalization, separation-related problems can potentially remain unnoticed.” So what happens if you do notice the behavior and want to help? This study from the U.K. looked at SA/SRB with the hope of understanding how certain kinds of advice might be more effective in helping people deal with the problems.

Preliminary research shows that not only is SA/SRB a problem for both dogs and their human companions, but the spectrum of anxiety behavior associated with SA/SRB may make a dog more likely to be relinquished and have trouble being readopted. Some U.K. studies estimate that 33% of dogs relinquished because of behavior problems “show unwanted behaviors related to separation.” To try to address this, the researchers studied how effective it would be to provide new dog adopters with “generic written advice as a prophylactic tool for reducing the incidence of separation-related behaviors in the new home.” Secondarily, the researchers wanted to know the extent to which people in the treatment group actually followed the written advice. They studied over 300 dogs and their people over a 13-month period. The treatment group received “a leaflet giving behavioral advice, adapted from a behavior modification program previously validated for the treatment of separation-related behavior problems.”

Overall, the researchers found that “30% of the re-homed dogs were reported to show separation-related behavior in the new home (38% of the control group and 22% of the treatment group).” Of those dogs, 16% were reported to vocalize when left, 18% were destructive, 8% urinated or defecated indoors, and two dogs showed “other behaviors indicative of SA/SRB (pacing and trembling).” In the treatment group, there were varying levels of compliance with the written instructions. Overall, the researchers note that “the written advice provided to new owners in this study appears to be effective in reducing the development of separation-related behavior following re-homing.” As far as different programs go, this one is a “relatively cost and time effective approach to enhancing the welfare of dogs after homing, and potentially reducing the risk of dogs being returned to rehoming centers.” That being said, compliance with the various instructions was found to be “relatively poor compared to other studies.”

The results of this study may be seen as a positive sign for companion animal advocates and veterinarians. While compliance with instructions in this study was “relatively poor,” it’s worth noting that the methodology of the study did not place much emphasis on the instructions and was generally more “hands off” than might be possible. There is a possibility that compliance could be increased if more emphasis were to be placed on the importance of the instructions. However, even without such an emphasis the written advice was shown to be effective in reducing separation anxiety behavior. Since SA/SRB is such a prevalent problem and seems to have such far reaching implications for both dogs and people, this type of study needs to be replicated, modified, and further explored. 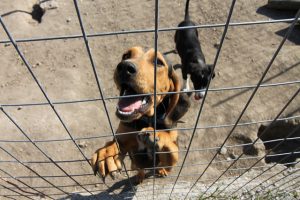 Quality Of Life In The Kennel: Environment and Management

This study looked at the environmental and management factors that seem to most affect the quality of life for dogs in shelters and kennels.