Using "naturalistic dog-directed speech" - similar to "infant directed speech" - improves dogs’ attention level, and may strengthen the bond between humans and their companions.
FULL TEXT The full text of this article is available.
PEER REVIEWED This article has been peer reviewed.
EXTERNAL STUDY This is a summary of an external study.
Summary By: Lukas Jasiunas | Published: May 14, 2018
Photo by Patrick Hendry on Unsplash

We’ve all been exposed to infant-directed speech (IDS) – an automatic way of speaking that adults adopt when talking to infants. Whether it’s done to aid the child’s linguistic development or to attract the listener’s attention, it’s a hallmark of how we talk to young humans. In Western cultures, people have innately developed a similar way of talking to their companion animals. Both IDS and dog-directed speech (DDS), for instance, include elevated pitches and various speech exaggeration techniques.

The similarity between IDS and DDS provokes many questions: is it non-functional overgeneralisation of IDS, where companion animals often obtain the status of infants? Does it functions to gain companion animals’ attention and strengthen the affiliative bond between human and non-human animals?

In this study, researchers designed a set of two experiments to test whether DDS really has an effect on adult dog attention and behavioral preferences. A previous study has already exhibited that DDS may have a functional value when interacting with puppies. By designing an “ecologically appropriate experimental setup with adequate observation techniques,” the scientists set out to measure dogs’ attention to humans during DDS and non-DDS speeches, and to gauge their closeness to the humans once they were unleashed.

The first experiment showed that the dogs did indeed display a significant preference for DDS and they spent significantly more time close to the DDS speaker. This was the first time that dogs were shown to subsequently spend more time closer to an experimenter who has recently produced naturalistic DDS. This novel finding suggests that DDS may fulfill a dual function of improving attention and increasing social bonding.

Researchers then carried out a second experiment where they intended to determine just what it is that makes dogs show preference towards DDS. The results suggest that neither the content, nor the prosody (stress and intonation) is solely responsible. Instead, it seems that both content and acoustic features matter to dogs. Combining previous findings and those of the present study, the researchers suggest that while puppies may rely entirely on prosodic information, only when both content and prosody are relevant to adult dogs, do they display a behavioral preference.

Animal advocates will find it useful to learn of yet another advanced capability of dogs – their impressive ability to distinguish dog-directed human speech and their preference towards it. Furthermore, the apparent human-like development from preferring solely prosodic speech during infancy to exhibiting the need for well-matched prosody and content upon reaching adulthood, adds to our pool of knowledge about the complex intricacies of non-human animal communication. 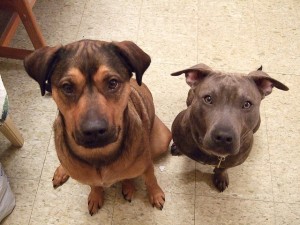 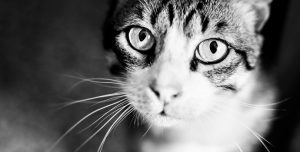