Fascinating new research into the effects of plant-based diets finds that veganism may help improve mood and decrease anxiety.
ABSTRACT ONLY Only an abstract of this article is available.
Summary By: Jen Wyglinski | This is a summary of an external study | Published: May 25, 2016
Photo by Flickr user alexdoddphotography 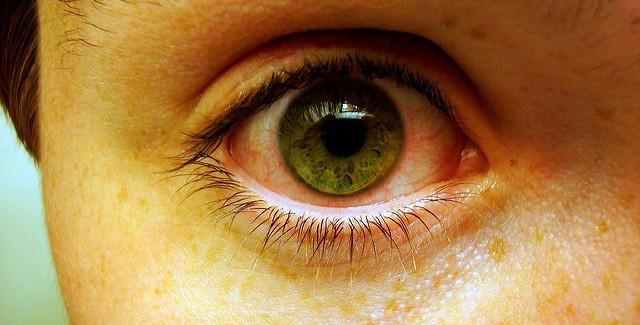 Research has increasingly demonstrated the many ways in which vegan diets can improve a person’s physical health. This study, published in Nutritional Neuroscience, offers the first large-scale investigation of how vegan diets might impact mental health — and the results are promising for the vegan community.

The researchers recruited and surveyed nearly 800 participants, including vegans, vegetarians, and omnivores. All participants responded to an online survey featuring questions about their dietary choices, vitamins and supplements, lifestyle activities, demographics, and levels of anxiety, stress, and depression. The results showed that overall, vegans, and to a lesser extent vegetarians, reported less stress and anxiety than omnivores. More specifically, male vegans and vegetarians reported significantly lower anxiety scores than did male omnivores, and female vegans reported significantly lower stress scores than did female omnivores. Depression levels were similar across all groups.

The authors note that the results build on those from their previous study showing that vegetarian Seventh Day Adventists had lower incidences of mood-related issues than non-vegetarians, as well as their study indicating that removing meat from the diets of omnivores leads to short term improvements in mood.

The authors offer several possible explanations as to why vegans and vegetarians report better moods than omnivores, including the possibility that animal fats may activate inflammatory pathways in the brain that are responsible for stress and mood disorders. They also suggest that differences may be partially attributable to correlating factors, as vegans reported exercising more, spending more time outdoors, drinking less alcohol, and eating less sweets than omnivores. They also note vegans in the survey reported eating more fruit and vegetables and selecting food with higher concentrations of Vitamin D, two factors that may help to naturally lower anxiety.

The authors cautiously conclude that “striving to eat a plant-based diet with lower intake of animal fats may be linked to better mental health” and express hope that, with further research, plant-based diets could one day be a considered as part of “front-line treatment for mood disorders.”

Companies selling animal-friendly products need to be aware of the impact of their overall strategy. To gain consumer trust, they may need to collaborate with media, animal interest groups, and more.