Bridging The Gap Between Conservation And Animal Welfare

Conservation advocates and welfare advocates are often at odds, but this paper looks at how they might be brought closer together for the benefit of both.
FULL TEXT The full text of this article is available.
PEER REVIEWED This article has been peer reviewed.
Summary By: Lukas Jasiunas | This is a summary of an external study | Published: July 5, 2017
Photo by Flickr user roaming-the-planet 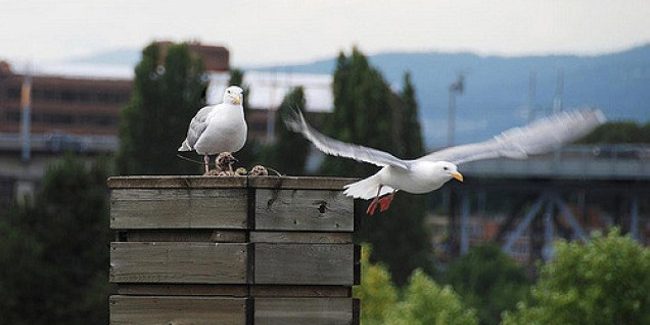 The science of wildlife protection has long been divided into two main areas of focus: conservation and animal welfare sciences. Conservationists worldwide strive to protect the continuation and sustainability of overall natural processes, populations, and ecological systems. Meanwhile, animal welfare scientists put emphasis on ensuring high quality of life for all individuals. Researchers are quick to highlight a key difference: conservation often attaches special value to specific species that are crucial for biodiversity, whereas animal welfare scientists address the needs of all sentient animals. The definition of ‘subjects-of-a-life,’ introduced by philosopher Tom Regan back in 1983, is a cornerstone rationale in the efforts of animal welfare advocates: it proposes that no sentient animals should be treated as resources or harmed to achieve other goals.

It is clear that both conservationist and animal welfare initiatives are important human responsibilities. However, it is less known how people perceive and rate human activities that harm wildlife when both issues are represented. The researchers here set out to compare and explore how members of the public rate the level of harm to wildlife caused by different human activities.

An online purposive survey of 339 Canadians was designed to study the differences across groups that varied by gender, residency, wildlife engagement level, and value orientation (conservation-oriented or animal welfare-oriented). The main research question asked participants to rate the level of perceived harm to wildlife caused by 12 pre-defined human activities. The scientists intentionally did not define ‘harm’ to leave the interpretation up to the respondents. As recruitment of participants was not random and therefore not an accurate representation of the population, researchers only used the survey to compare the opinions of the members of each group.

All groups rated road/railroad kill as more harmful than sport hunting, in line with the expert conclusions from 1998, when it was established that roads and vehicles had eclipsed hunting as the leading direct human cause of death to wild vertebrates in North America.

However, the results here indicate that the two contrasting groups (conservation- and welfare-oriented) were in almost complete agreement regarding the impact of the various activities, ranking the 12 activities in almost the identical order and identifying the same four activities (urban development, pollution, resource development, and agriculture) as most harmful to wildlife. The fact that both conservation-oriented and welfare-oriented groups ranked these types of harms highest suggests potential for agreement that may be missed when the groups disagree on specific issues or management actions.

In this study, indirect and unintentional harms to animals resulting from habitat alteration and pollution were scored as most harmful by all groups. Direct harms may have received only moderate harm scores because they’re generally open to control and management. In response, researchers urge wildlife managers to consult broadly to ensure that specific policy decisions are aligned with diverse and widely held public values.

Animal advocates worldwide can benefit from this study; despite confirming some significant differences amongst conservation- and welfare-orientated people, the study also clearly showed that the two groups agree on many issues. To that end, collaboration between the groups should continue to be actively encouraged.